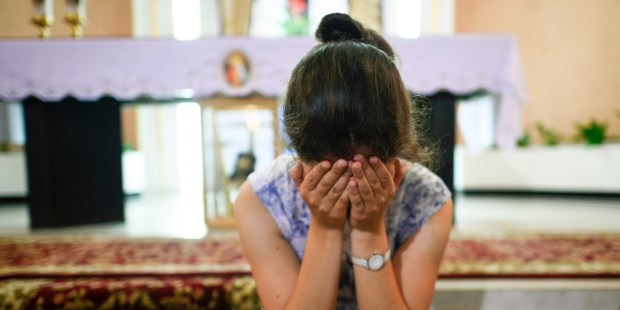 A 1.0 standard deviation increase in religiosity decreased the probability of being at risk of depression by 11 percent.

Depression and suicide are increasingly becoming problems among young people in America. In 2016, nearly 45,000 people in the United States took their own lives. That’s an amazing 25% increase since 1999.

“In an especially alarming trend, the incidence of at least one major depressive episode per year among adolescents has risen by almost two-thirds over the past decade to reach 13.3%,” says Jane Cooley Fruehwirth, an associate professor in the Department of Economics at the University of North Carolina at Chapel Hill.

Along with two colleagues, she studied the National Longitudinal Survey of Adolescent to Adult Health and found that a “1.0 standard deviation increase in religiosity decreased the probability of being at risk of moderate to severe depression by 11 percent,” Fruehwirth says in an essay in America magazine. She explained that the standard deviation change in religiosity is fairly large: “It is equivalent to switching from not attending church or church youth activities to attending at least once a week.”

Perhaps most surprising, she said, was that the effects of religious activity are “strongest, almost two-thirds larger, for the individuals presenting the most severe symptoms of depression, who are often hardest to treat.”

Given that antidepressants show clinical success in reducing depression in only about one-fifth of cases, our research suggests that all counselors who deal with children would be remiss to dismiss the potential beneficial effect of religiosity in treating clients. With the growing body of evidence supporting a positive association between religion and mental health in many cases, research into religion is achieving growing acceptance in the field of psychiatry today, along with a variety of other fields, like economics. This is great news, as much remains to be discovered about how mental health and other important outcomes relate to faith and the inner spirit.

Fruehwirth added that her research suggests that adolescents who have fewer support structures in place at home and in school experience more benefits from religiosity.