5 Essential parenting skills no one tells you about 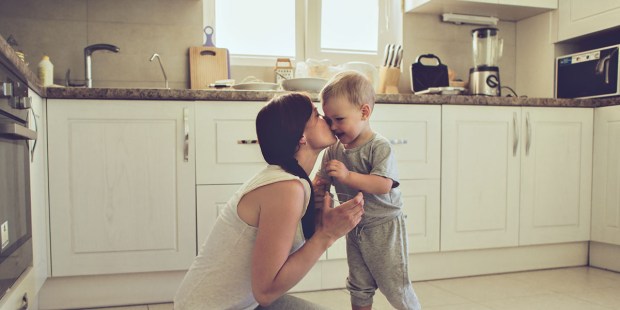 Forget all the talk about strollers and diapers at the baby shower — here’s what you really need to know.

Last night I went out to the garage to load the car with some equipment for my early-morning boot camp. But the boys had left their bikes in a messy heap, completely blocking access. They were already in bed so I sighed in resignation, made a mental note to talk with them tomorrow, and began untangling the bikes.

This process was not as straightforward as I expected. There were handlebars tangled in spokes, wheels wedged within larger wheels, and my 3-year-old’s entire balance bike had somehow become lodged in the space between my 9-year-old’s brake cable and pedals. As I sat there, trying to figure out how to dislodge the bike without breaking something, I considered the absurdity of my situation.

Until this moment, I hadn’t even known it was possible for bikes to become tangled, let along that untangling them was an essential parenting skill I clearly lacked. This wasn’t the first moment of parenthood when I’ve come face-to-face with a skill I didn’t even know existed, because no one tells you these things at the baby shower. I think that’s unfortunate — after all, shouldn’t we be prepared for the challenges that lie ahead? So I decided to help you out and make a handy guide to 5 essential parenting skills that no one tells you about until it’s too late …

When my son Lincoln was 2, he got a Lego stuck up his nose. I could see it poking out before he even told me, so I didn’t think it was that big a deal and immediately went after it with tweezers. I mean, it was right there!

This is the wrong thing to do. In fact, it’s the wrongest thing you can possibly do, because you’ll inevitably shove that Lego further up your toddler’s nostril, buying you both an emergency trip to the doctor. Once there, the doctor will tell you what you should have done in the first place: gently close the other nostril and ask the child to blow, which will expel the Lego across the room. This lesson will cost you $378. You’re welcome. (PS: I accept tips.)

2
Turning off the water before the toilet overflows

Apparently, it’s common knowledge that there’s a valve behind the toilet you can twist to turn the water off. This knowledge was left out of my allegedly comprehensive classical education. I can’t count how many times I watched in horror as the toilet water began to rise, categorically rejecting an errant toddler’s offering of an action figure or a Duplo. It was like that nightmare you have when you’re running in slow motion and something is chasing you — you know what’s about to happen, but that doesn’t stop the desperation you feel.

Lo and behold, this is one nightmare you can take control of. Look behind your toilet — see that metal knob sticking out? Next time someone tries to flush an army man or an entire roll of toilet paper, just twist that bad boy to the right. No overflow! However, you still have a problem on your hand, which leads me to …

3
Fishing non-flushable items out of a toilet

Sometimes, a child will manage to clog a toilet that hasn’t been used first. This is the equivalent of winning the parenting lottery — miraculous, yet rare.

The rest of the time you’re faced with a dilemma. You’ve already turned the water off, but now you have to retrieve whichever action figure is currently hiding beneath … everything else. The first few times this happened, I opted for the longest handled kitchen tongs I owned. This usually worked, but tongs are imprecise tools that require patience and perseverance, so it took much longer than humanly bearable. And afterward, I had to light the tongs on fire, which left me short a set of tongs. I finally got sick of purchasing tongs and came up with a better solution — oversized rubber kitchen gloves. You know, the yellow kind that go up to your elbow? Yeah, it’s gross — but it’s quick, and infinitely cheaper than a rotating supply of kitchen tongs.

Here’s a fun fact for you: head lice are now resistant to over-the-counter lice products. So parents today get to experience something our own parents skipped over — the challenge of nit-picking.

This is absolutely a skill. You need a bright light (sunlight is best) and a top-of-the-line metal lice comb. Trust me, plastic doesn’t work … you definitely need an industrial-sized lice comb with a name that sounds like an action movie starring Arnold Schwarzanegger. You also have to section off your child’s hair in one-inch segments, and coat that hair in some form of oil so you don’t remove the hair instead of the lice. (Trust me on that.) Go ahead and block off 2 hours for the first session — 3 hours if your child has long, thick hair. The good news is, you’ll get much better with practice. The bad news is, you’ll get a lot of practice.

5
Swinging across the monkey bars

Now that I’ve terrified you, let me reassure you that parenting isn’t all overflowing toilets and insect/object removal. There’s a ton of fun stuff you get to learn and re-learn when your kids are small. My favorite was the monkey bars. I was a champ at the monkey bars as a kid, but that’s one skill we tend to lose as we get older. Colleges don’t have monkey bars (which is an oversight, imo), so when your first kid is ready to try, your greatly diminished upper body strength can come as a shock. But your kids will want to learn how to do things by watching you, so don’t just give up! Practice every time you take them to the park. Yeah, they’ll master it way faster than you will, but who cares? The moment you finally manage to swing across those monkey bars like the 7-year-old you once were will be one of the most delightful experiences of your life as a parent.

If you’re brand-new to this parenting thing, don’t stress. That toilet might seem like the biggest catastrophe you’ve ever faced in the moment, but in a few years you’ll remember it with laughter. Just keep things in proportion and know that even though the days are so long, the years go by quickly. Have fun along the way.

Read more:
6 Things to pack in your child’s backpack to help with back-to-school anxiety