How St. Augustine overcame his boredom with the Bible 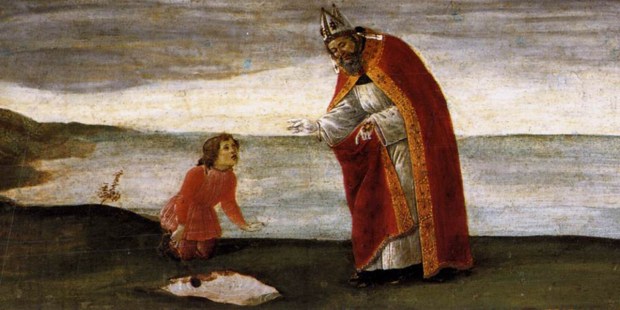 Initially St. Augustine wasn’t a big fan of the Bible and didn’t understand why people liked it.

Click here to launch the slideshow
For many Christians, reading the Bible is not exactly fun. After getting through some of the more “exciting” passages (those that have spectacularly made it to Hollywood) the rest of the Bible can appear to be a boring, never-ending sequence of myths, laws, wars, and genealogies that often make little to no sense.

If you have ever felt that way, you are not alone.

St. Augustine, one of the best known Christian saints of all time (one of the Four Latin Fathers) wasn’t a big fan of the Bible either. In fact, for many years he avoided opening up the Good Book, and preferred reading other literature that was more pleasing to his taste -mainly, Cicero and Virgil.

Read more:
“Let me know myself”: A beautiful prayer written by St. Augustine

He writes in his Confessions, “For not as when now I speak did I feel when I tuned towards those Scriptures, but they appeared to me to be unworthy to be compared with the dignity of Tully; for my inflated pride shunned their style, nor could the sharpness of my wit pierce their inner meaning.”

The writing style did not suit Augustine who, steeped in classic rhetorics as he was, preferred reading poets and philosophers over the bland, often coarse writing found in the scriptures.

However, his heart began to change when St. Ambrose, who was so well-acquainted with Plotinus that he would  often paraphrase him in his own homilies, began to teach him how to read scripture.

I rejoiced also that the old Scriptures of the law and the prophets were laid before me, to be perused, not now with that eye to which they seemed most absurd before, when I censured Your holy ones for so thinking, whereas in truth they thought not so; and with delight I heard Ambrose, in his sermons to the people, oftentimes most diligently recommend this text as a rule —The letter kills, but the Spirit gives life; while, drawing aside the mystic veil, he spiritually laid open that which, accepted according to the letter, seemed to teach perverse doctrines — teaching herein nothing that offended me, though he taught such things as I knew not as yet whether they were true.

He still wasn’t convinced that the Bible was true, but was growing in appreciation of the peculiar beauty of Scripture. He found consolation reading the Letters of St. Paul, and was even more enthralled when he opened-up the Gospel of John and discovered a unique connection between John’s writings and various philosophical teachings.

But what sealed his love of scripture was a spiritual experience that set him on the path of conversion, as he himself explains in his Confessions.

I was saying these things and weeping in the most bitter contrition of my heart, when, lo, I heard the voice as of a boy or girl, I know not which, coming from a neighboring house, chanting, and oft repeating, Take up and read; take up and read. Immediately my countenance was changed, and I began most earnestly to consider whether it was usual for children in any kind of game to sing such words; nor could I remember ever to have heard the like. So, restraining the torrent of my tears, I rose up, interpreting it no other way than as a command to me from Heaven to open the book, and to read the first chapter I should light upon….So quickly I returned to the place where Alypius was sitting; for there had I put down the volume of the apostles, when I rose thence. I grasped, opened, and in silence read that paragraph on which my eyes first fell —Not in rioting and drunkenness, not in chambering and wantonness, not in strife and envying; but put on the Lord Jesus Christ, and make not provision for the flesh, to fulfil the lusts thereof. Romans 13:13-14 No further would I read, nor did I need; for instantly, as the sentence ended — by a light, as it were, of security infused into my heart — all the gloom of doubt vanished away.

While not everyone will have a spiritual experience as St. Augustine, all can come into a love of scripture when they learn how to read it. The Bible is far from being a modern novel, and it can often be confusing to a first-time reader. However, when one sees how every single character and event in it is intimately related to each other, the whole text comes alive.

Make sure to visit the slideshow below to discover 4 study techniques that can help you make the most of your reading experience of the Bible. 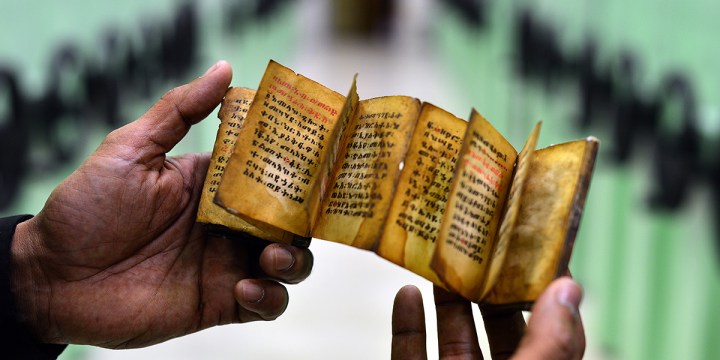