How to come to consider your illness a privilege: Pope Francis explains 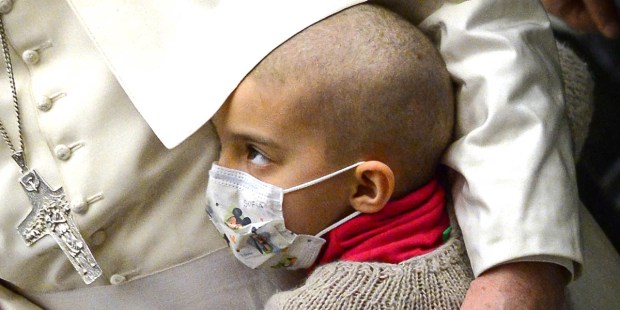 Pope Francis continues to reflect on what we learn from the earliest Christians through the Acts of the Apostles, and today he considered the privileged role of the sick.

Calling on a favorite image of his, he spoke of how in Chapter 5 of Acts, we see the Church as a “field hospital.”

The suffering of the weakest, in fact, “attracts the Apostles,” though they have no silver or gold to offer to the ill. Instead, they have the strength of Christ.

In the eyes of the Apostles, said Francis, “as in the eyes of the Christians of all times, the sick are the privileged recipients of the joyful proclamation of the Kingdom, they are brothers in whom Christ is present in a particular way, to allow Himself to be sought and found by all of us.”

This means that the sick “are the privileged for the Church, for the priestly heart, for all the faithful,” he said. “They are not to be rejected: on the contrary they are to be healed, to be cared for. They are the object of Christian concern.”

Peter approaches the beds and passes among the sick, just as Jesus had done, taking on Himself all the infirmities and diseases (cf. Mt 8: 17; Is 53: 4). And Peter, the fisherman of Galilee, passes, but allows Another to manifest Himself: the living and working Christ!

Full of the Spirit of his Lord, Peter passes and, without doing anything, his shadow becomes a “caress”, healing, a communication of health, the effusion of the tenderness of the Risen One who stoops to the sick and restores life, salvation, and dignity to them. In such a way, God manifests His closeness and makes the wounds of His children into “the theological place of His tenderness” (Morning Meditation, Santa Marta, 14.12.2017).

In the wounds of the sick, in the ailments that are obstacles to going ahead in life, there is always the presence of Jesus, the wound of Jesus. There is Jesus Who calls each one of us to care for them, to support them, to heal them.

With Jesus’ power, Peter and the other Apostles are able to offer healing to these weakest ones, and this enrages the Sadducees, who become envious.

Peter responds to their hatred and hardened hearts with a key Christian principle: “Obey God rather than human beings.”

“I obey God before man”: it is the great Christian answer. This means listening to God without reserve, without delays, without calculations; following Him so as to become capable of alliance with Him and with those we meet on our path.

Read more:
Could this be the reason God sometimes allows our wounds to stay open?