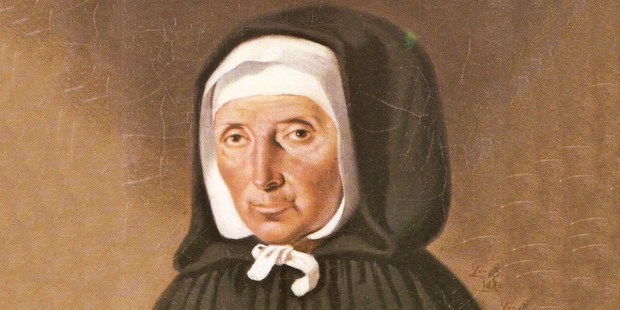 St. Jeanne Jugan didn’t seek recognition for her work, even when someone else tried to take it from her.

The Little Sisters of the Poor are well known throughout the world for their humble service to the most vulnerable of society. Ever since their founding they have committed themselves to a quiet witness to the Gospel of Jesus Christ.

It is fitting, then, to know what their founder was almost forgotten, cast aside and nearly stricken from their order’s history.

St. Jeanne Jugan felt called by God to take care of the elderly, especially those who were poor and had no-one else to take care of them. As their website narrates, “One cold winter night she met Jesus Christ in the person of an elderly, blind and infirm woman who had no one to care for her. Jeanne carried the woman home, climbed up the stairs to her small apartment and placed her in her own bed. From then on, Jeanne would sleep in the attic.”

More women joined Jugan in her mission to help the elderly, and soon enough she established The Little Sisters of the Poor. However, as the order spread throughout France, an ambitious priest took control of the community. As a result, “Jeanne was replaced as superior and sent out begging on behalf of the poor. And then one day she was placed in retirement, relegated to the shadows. At the time of her death 27 years later, the young Little Sisters didn’t even know that she was the foundress.”

Yet, through it all she did not seek recognition or cry out because of the injustice. Instead she resigned herself to the will of God and was content being an instrument in his hands. She wanted to be with the poor and lonely and was able to fully unite herself to them during the final years of her life. She understood their pain and offered herself as a living sacrifice to God.

Thankfully there were some who still knew who she was and her role in founding the religious order. Eventually her name was lifted-up and her example became a driving force behind The Little Sisters of the Poor. Pope John Paul II said about her that “God could glorify no more humble a servant than she.”

Her example is profound and reminds us to stay close to Christ in every trial, accepting everything as coming from his hands and knowing that fame is not important when compared to the eternal joys of Heaven.

Read more:
St. Jeanne Jugan has the best advice for getting through the crazy

Read more:
EXCLUSIVE PHOTOS: A rare look at how the Little Sisters of the Poor serve in the shadow of the Navajo Nation