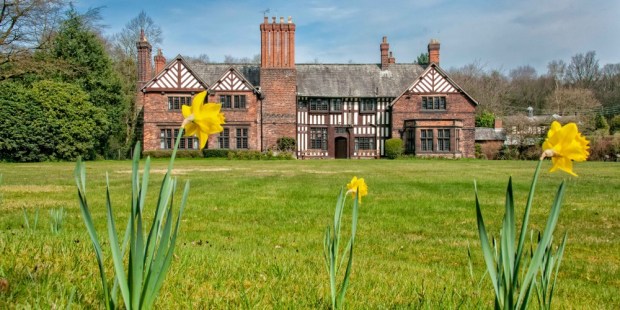 Responding to Pope Francis’ 2015 environmental encyclical, Laudato Si’, the Bishop of Salford has begun turning the grounds of Wardley Hall, the official residence of Roman Catholic Bishops of Salford, into an extensive sanctuary for wildlife. The prelate has already established The Laudato Si Centre at the Bishop’s Medieval-era home and the grounds are now home to two beehives, each boasting 10,000 honey bees.

Bishop John Arnold says the goal is to create a haven for wildlife and a renewal of the land, where children and adults can learn about “the heart of Laudato Si’.” The grounds now feature gardens for fruits, vegetables, and medicinal herbs, as well as hiking trails, teaching areas for groups of children, and even a campsite. A visit to The Laudato Si Centre would teach guests to “undertake an ecological conversion of prayer and action in their everyday lives.”

The construction of this new nature sanctuary is conducted with the help of Cafod, the development agency of the Bishops’ Conference of England and Wales. Simon Caldwell, from The Tablet, reports that Cafod is also helping to build thousands of boxes which can be used by birds or bats as temporary habitats. These boxes have already been utilized by Queen Elizabeth II and Prime Minister Boris Johnson.

The call to “care for our common home”, which Pope Francis expressed in Laudato Si’ was directed not towards Catholics alone, but to the whole world. With this in mind Bishop Arnold suggests that Catholics lead the world conservation effort by example, however he notes that many Catholics have “a long way to go.”

Wardly Hall was built during the reign of Edward VI (1547 – 1553) on an estate that has been continuously occupied since 1300. A niche within a staircase contains the skull of St. Ambrose Barlow, one of the Forty Martyrs of England and Wales.

In a pastoral letter, Bishop Arnold has asked his flock to take special care to keep their daily carbon footprints to a minimum. He suggested steps like, shopping for local produce, walking or taking public transportation, turning off lights, and hanging laundry to dry, instead of using drying machines.

“If we are going to say it is for everybody, we have to take a lead by showing by example,” Bishop Arnold said. “The policy of the bishops is now concerned with diocesan level, parishes, schools and individuals.”

Earlier this year, it was estimated that about 4,500 Catholic churches, schools, and facilities have made the switch to renewable gas and electricity. With this, the Catholic Church is currently one of the largest consumers of green energy in United Kingdom.