Survey finds that encouragement is key to foster priestly vocations 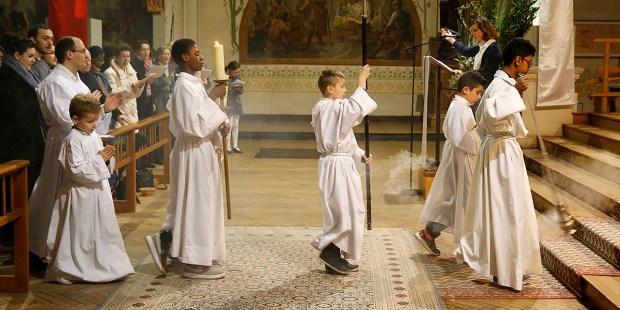 Every year, the Committee on Clergy, Consecrated Life, and Vocations conducts a survey of the men scheduled to be ordained to the priesthood in the coming spring, through the Center for Applied Research in the Apostolate (CARA). This year’s results suggested that encouragement and accompaniment are the greatest factors of fostering religious vocations in the US.

Of the 481 men slated to take to the cloth next year, 379 responded. Of these, 92% reported being encouraged to consider the priesthood by someone in their life. Encouragement reportedly came from many areas of their lives, but 69% cited their parish priest as the most inspiring figure, followed by friends (43%) and fellow parishioners (39%).

The USCCB reports that on average, incoming priests are 33-years-old, two years younger than the Ordination class of 2018. Nearly 90% of these soon-to-be priests were “cradle Catholics”, baptised as infants and about three-quarters of them said that they regularly prayed the Rosary and at Eucharistic Adoration prior to entering the seminary.

Catholic education was found to have a positive influence on future priests as well, as nearly 50% of surveyed seminarians attended Catholic elementary school. This figure dropped to 39% attending Catholic high schools, and 38% attending Catholic Colleges. CARA reported that 11% of incoming priests were homeschooled, a number which becomes all the more impressive when considering that their generation only saw 2% of US children educated at home.

Activity in parish life was also identified as an important factor, with 78% of respondents reporting that they were altar servers as children. Seminarians also reported that 53% had been Lectors and 44% had been Extraordinary Ministers. Respondents also cited Vocational programs such as “Come and See” weekends and Quo Vadis/Discernment Retreats as largely beneficial. 68% of the incoming class had attended one such program before entering seminary.

Cardinal Joseph W. Tobin, Chairman of the Committee on Clergy, Consecrated Life, and Vocations noted the importance of individual accompaniment in vocational discernment. He said:

“As Pope Francis stated in his exhortation, Christus Vivit, sensitive and patient listening is key when helping young people discern. Priests, consecrated men and women, and the laity can all echo the voice of Jesus who calls men to serve in the holy priesthood as good and faithful shepherds.”