Environmentalist and filmmaker Yann Arthus-Bertrand joins forces with Pope Francis: Only a “spiritual” solution will save our planet 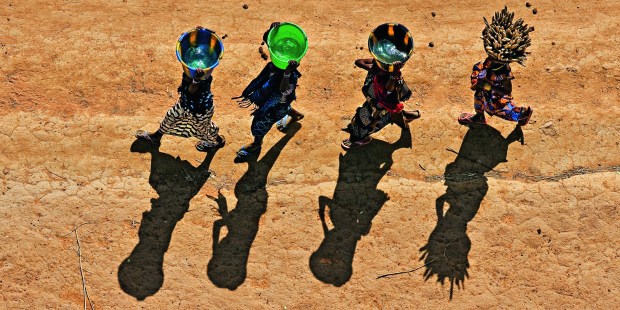 In this exclusive interview, the great French photographer shares with us his experience working with the pope.

Yann Arthus-Bertrand used his camera once again to get on film what he considers his main passion: “nature and living beings.” Only this time he has co-directed the September edition of “The Pope’s Video,” which focuses on the preservation of the oceans.

The Pope’s Video is an initiative of the Pope’s Worldwide Prayer Network to spread the prayer intentions the Holy Father shares every month, addressing both the challenges of humanity and the mission of the Church.

When we asked him why he decided to participate in Pope Francis’ initiative, the director of great feature films such as Human (2015) and Home (2009) admitted it all started with the publication of the encyclical Laudato Si’.

“It really touched me,” Arthus-Bertrand explained. “It is a revolutionary text. With Pope Francis, we can all defend the same values.”

Arthus-Bertrand admits he was surprised to find out environmental activists around the world knew of this document. “In my opinion, it is one of the fundamental texts on ecology.”

This September, The Pope’s Video focuses on the protection of the oceans, considered endangered environments in need of help to avoid further damage.

Yann Arthus-Bertrand first noticed this when working on the documentary Planet Ocean (2012) with his partner, director Michel Pitiot: “I was then able to realize the magnitude of the damage caused to the oceans and the emergency situation we face. Therefore, I am particularly proud to collaborate with Pope Francis on this vital issue.”

Regarding the responsibility political leaders have on this issue, the French director makes his position quite clear: “The solution that will save our planet will not be political, scientific, or economic, but a spiritual one.”

Arthus-Bertrand also clarified that, luckily, people are already becoming aware of the importance of ecology, but that “we can no longer expect anything from political leaders,” since “political ecology today is intrinsically linked to economic development.” For him, “only by acting as a global and pluralistic civil society we will be able to lead and make changes in the right direction.”

Concern about the current condition of the seas and oceans has reached international relevance. In September’s “Pope Video,” Francis asks us to pray so that “politicians, scientists, and economists work together on protective measures.” Making this kind of video, Yann Arthus-Bertrand explains, allows us to “try to get a better understanding of our Earth and its inhabitants, all of them.”

Thanks to progress, he explained, we now have access to a better quality of life and a longer life expectancy, but this has come at the expense of other forms of life on the planet.

As the interview came to an end, when we asked him the responsibilities and hopes we can harbor for the future, he replied: “I am convinced that we all have the will to participate in the protection of the environment and to fight against inequality. The time for indifference and cynicism is over. We must take real action in our daily lives. This means changing our patterns of consumerism and learning to live with less.”

“Pope Francis was able to fully understand the serious crisis we are experiencing, and to bring the close relationship between ecology and human dignity to the forefront. We all know this, although sometimes we forget it: taking action brings joy,” he concluded.