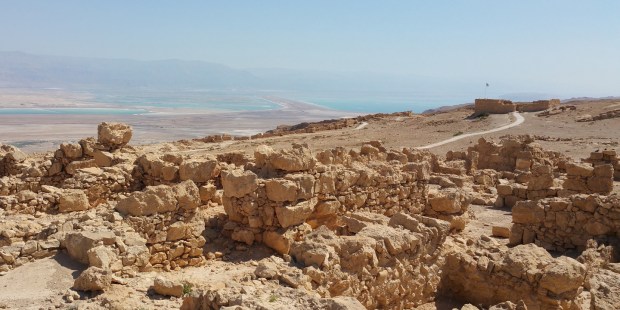 It is also the largest wisdom book from antiquity to have survived in its entirety.

When the unnamed grandson of the Jewish scribe Yeshua Ben Sira of Jerusalem arrived in Egypt “in the thirty-eighth year of the reign of King Euergetes,” he found a reproduction of his grandfather’s “valuable teaching.” These teachings, Ben Sira’s grandson tells the reader in the foreword to his compilation and edition of these works, were written by his venerable grandfather who, “having devoted himself for a long time to the diligent study of the law, the prophets, and the rest of the books of our ancestors (…) was moved to write something himself in the nature of instruction and wisdom, in order that those who love wisdom might (…) make even greater progress in living in conformity with the divine law.”

Read more:
How many times has the Bible been translated?

Some biblical scholars argue these “reproductions” the grandson of Yeshua Ben Sira found in Egypt might have been some the Septuagint translations of Hebrew wisdom writings into Greek. In fact, the book itself is known by many names: the Codex Sinaiticus refers to it as “Sophia Iesou Yiou Sirax,” that is, “the wisdom of Jesus, son of Sirach.” In the Codex Vaticanus it appears simply as “Sophia Sirax,” “the Wisdom of Sirach.” The Greek Fathers often refer to it as “Panáretos Sophia,” the “All-Virtuous Wisdom.” We know it as “the Book of Sirach” or, even more commonly, as “Ecclesiasticus,” the “Book of the Church.” The book got this name, in fact, due to the extensive use which the early Church made of it in presenting moral teaching to catechumens and the already baptized faithful alike. Moreover, the book is still used extensively in the church liturgy.

Unlike all other Old Testament and apocryphal writers, the author of this book signed his work: when Yeshua Ben Sira’s grandson got to Egypt, the book was already referred to by his grandfather’s name. Even more, the prologue Ben Sira’s grandson wrote allows us to date the book as being written between 200 and 175 BC, and translated into Greek after 132 BC (the year in which the prologue itself was most likely written as well).

However, the book of Sirach/Ecclesiasticus was only known in Greek translations until the close of the 19th century. Since 1896, however, several manuscripts were discovered containing almost two thirds of the Hebrew text. Some sources argue St. Jerome kept a Hebrew copy of the text himself, under the name “Parabolae.” However, the book is not included in the canon of the Hebrew Bible, although it is often referred to in Talmudic literature as “the Book of Ben Sira.” To this day, the book is not accepted by Protestants, but has always been recognized by the Catholic Church and by Eastern Orthodox Christians as inspired and canonical.

Ben Sira’s grandson’s foreword, although not considered to be inspired, is included in the Bible because of its antiquity and importance.