Archaeologists may have found Emmaus 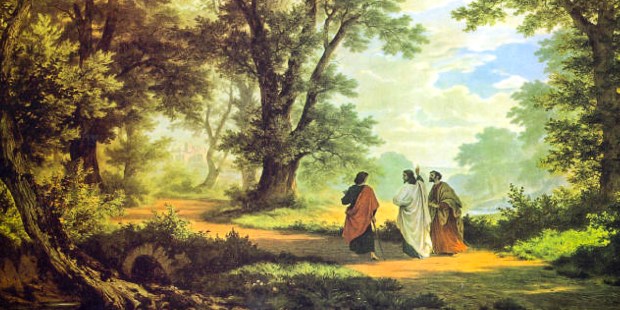 Was this the place where the Disciples “recognized Jesus in the breaking of the bread?”

Archaeologists may have discovered the site of an important event in the life of Christ while uncovering the massive walls of a fortification related to an Old Testament event.

Diggers uncovered 2,200-year-old walls, part of a Hellenistic fortification that may have been built by the Seleucid general who defeated Judah the Maccabee, the famed Jewish leader at the center of the Hanukkah story, Haaretz reported.

The Israeli newspaper said that since 2017, a Franco-Israeli expedition has been digging at Kiriath Yearim, a hill overlooking the approach to Jerusalem a few kilometers west of the city, next door to the town of Abu Ghosh.

“The site is mainly known for being the spot where the Ark of the Covenant was kept for 20 years before being taken to Jerusalem by King David, according to the Bible,” the paper said.

Tel Aviv University archaeologist Israel Finkelstein and Thomas Römer, a professor of biblical studies at the College de France suggest that the hill of Kiriath Yearim and the adjacent town of Abu Ghosh should be identified as Emmaus. It played an important role in the history of the Jewish rebellion against the Hellenistic Seleucid Empire, written about in the Book of Maccabees. Judah the Maccabee was defeated and killed in 160 B.C. at the Battle of Elasa by a Seleucid army led by Bacchides, a general dispatched to Judea to quash the rebellion. Bacchides fortified a number of towns surrounding Jerusalem, including Emmaus.

After the Resurrection, it was on the road to Emmaus that Jesus first appeared to two of his disciples. They did not recognize Jesus at first, but once they reached Emmaus and broke bread with him over supper “their eyes were opened and they knew Him,” according to the Gospel.

According to St. Luke, Emmaus was 60 stadia from Jerusalem—about seven miles.

However, Benjamin Isaac, emeritus professor of ancient history from Tel Aviv University, pointed out that there are at least two other sites nearby that have a strong claim to the name Emmaus, which was likely a Greek version of the Hebrew word hammah, or hot spring.

“Traditionally, most scholars have identified the Emmaus of Jesus’ time with what later became the Byzantine town called Emmaus Nicopolis, located in the Ayalon Valley near the modern-day Latrun junction,” said Haaretz.

The 2nd-3rd century Christian historian Eusebius of Caesarea identified Emmaus Nicopolis as the Emmaus of the Gospel of Luke, explains Römer. Unlike the case of Kiriath Yearim/Abu Ghosh, the memory of the name Emmaus was preserved in that of a Palestinian village that arose there called Imwas. The village was destroyed by Israeli forces after the 1967 Six-Day War and the ruins from the site’s many phases are now part of a national park.

On the plus side, Emmaus Nicopolis fits the description mentioned in 1 Maccabees 4 as the location of the Battle of Emmaus, where Judah the Maccabee crushed the Seleucid forces a few years before his fatal encounter with Bacchides, Römer notes.

But Emmaus Nicopolis is 25 kilometers from Jerusalem, more than double the distance given by Luke.

Römer points out that there are ancient traditions that link Kiriath Yearim and Abu Ghosh to Emmaus. “At least some Christians in past centuries did not agree with Eusebius and believed that Jesus’ apparition happened there rather than at Emmaus Nicopolis,” the newspaper said. “That is why the Crusaders, back in the 12th century, built the magnificently frescoed Church of the Resurrection in Abu Ghosh.”