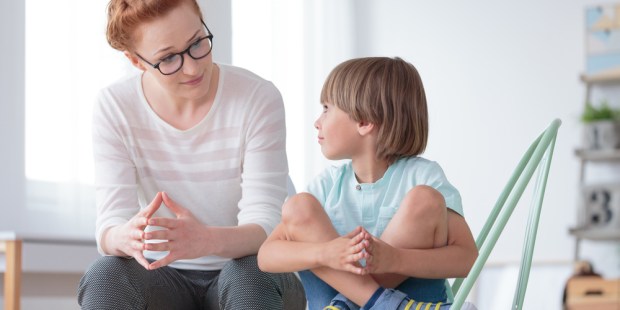 As a psychologist for kids, and a parent, I invite you to join this important movement!

The other evening, I was speaking to a local congregation about youth and media/technology, which I consider to be the most important issue facing our kids today. I was telling the attendees that I believe both individually and as a collective body, parents are one of the most powerful entities that exist today. And yet, as I lamented in an article written years ago, many parents acknowledged that many of their decisions around technology were predicated not on what they felt was best for their kids, but rather on what the going trends were. In essence, they were losing their will.

As we continued this discussion, I encouraged the parents sitting in front of me (who numbered about 20 or so) to consider that even a group this size had an incredible opportunity to not just change practices for better in their own home, but even in their faith community and beyond. What’s required is courage and the willingness to lead the charge (in action and discussions) to create a sense of solidarity and safety for those who desire similar choices.

The reality is that none of us parents want to be alone in making countercultural decisions that may leave our kids feeling like the “odd duck” as they grow up, especially in their teen years. But with just a few supportive and like-minded families, parents feel more free to make decisions they know are best for their child’s physical, psychological, social, and spiritual health. As I told the congregation, this above all else is my priority as a parent, as the last thing I want my young adult children asking me someday is why I didn’t I didn’t protect them from obvious harms when they were younger, and teach them ways that would sustain their health and well-being for their lifespan.

In our own home, we’ve already seen this working as we and others close to us have increasingly cultivated a group that recognizes how critical the topic of media/tech usage is for our kids. In the process, despite that about 85-90% of kids nationwide having their own (or constant access) to smart devices, our 8th graders (and the other six kids below them) do not have any mobile devices, and we have no plans on giving them these while they’re living in our home. We don’t have any gaming consoles, only one TV in the house (in our front room), nobody (including us parents) are on social media, and the two laptops used always remain in the public spaces (not bedrooms or bathrooms).

Although our kids undoubtedly push to be on the computer more than we like, and mention their friends’ tech habits regularly, it’s been a long time since questions about them having such devices have come up. With high school approaching, it’s likely these questions will resurface, but for now, our kids understand (even if they disagree) that the decisions we are making are truly out of love and care for who they are as people, and who we desire them to be. And as I told the congregation the previous evening, I was blessed to have parents myself who reminded me that as long as my kids (or us kids) understood that this was their true purpose for the decisions made, the rest would work itself out.

In the meantime, in the midst of the decisions we are making, our kids are actively involved in sports, have a number of friends that come in and out of our house, and are engaged in all sorts of extra-curricular activities and social engagements. What we have come to realize is that even though the families we surround ourselves with don’t make the exact same decisions we make with media/tech, they respect us for ours (even amidst some periodic comical razzings) and this filters down to their kids.

We are also blessed to be in a school environment that largely respects these decisions, and works to utilize tech strategically, not immersively, in the classroom. Nothing is perfect and all remains a “work in progress,” but as each year goes by, I am further convinced that we as parents can take a counterculture (i.e., healthy, responsible) stance with our kids’ use of tech if, and only if, we support each other. And why wouldn’t we? Frankly, I could care less what the trends are unless they support my children’s health and well-being (and my own) in all the important areas that matter. If that means I am considered an “odd duck” myself, well, then I guess I better start quacking.

So what about you reading this?

Part of the purpose of writing this article is to ask you a favor. Would you help be part of a movement that prioritizes what is most important for this generation and the ones to come?  Instead of considering what you might be afraid to lose (for you and your kids), maybe first consider what you and your kids might gain. If this message resonates with you, consider being part of this movement.

Read more:
4 Ways to make sure your phone doesn’t ruin your relationship with your kids