5 Steps to saying you’re sorry (and meaning it) according to St. Chrysostom 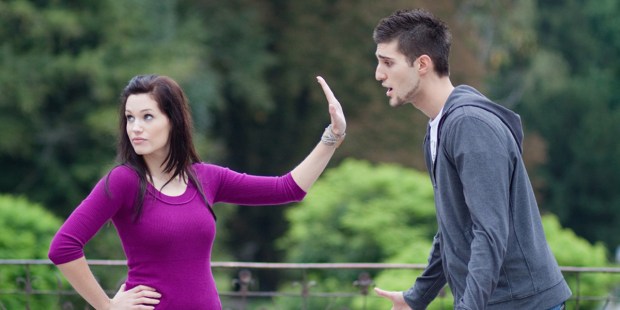 These elements of a good apology can help us avoid being insincere.

Sometimes, I apologize out of weariness. The argument has been going on long enough, I’m tired of it, and realize my only escape is a quick apology. On the one hand, I suppose it’s an act of humility. I don’t particularly care anymore to insist on a need to be proven correct, or to see myself victorious against an antagonist. So I swallow my pride, say what needs to be said, and move on. On the other hand, my actions could certainly be interpreted as cynical. This, for those who know me, is the far more plausible explanation. I know I’m not really sorry, but I offer an insincere apology in the hopes that I can move on to a more pleasant activity.

It seems that there’s a fine line between an apology as a peace offering and total insincerity. We all fall somewhere on that spectrum. Where ever you are on that sliding scale, though, I’m sure none of us would agree this is an ideal scenario — to offer a quick apology simply to end a disagreement. A true apology involves much more commitment and follow-through. That concept of “follow-through” can be vague, though. What exactly is involved with a true, sincere apology?

Recently, I found an excellent explanation of the fine art of apologizing while reading the work of St. John Chrysostom. John lived in the 4th century and, in addition to being a bishop, was a prolific writer and speaker. He was nicknamed Chrysostom, “golden-tongued,” because of the fact that he was a world-famous preacher known for the eloquence of his words. I’m sure he could have talked his way out of anything with or without an apology. Instead, he chose to look below the surface level to understand the substance of what makes an apology truly sincere and effective.

According to John, here are the five elements of a good apology:

St. John Chrysostom says, “Render judgment on yourself.” By this, he means that for an apology to be sincere we must admit the error.

The worst of all apologies, in my opinion, is the one where someone says, “I’m sorry what I said offended you.” That phrase, notice, carefully absolves the speaker of actually doing anything wrong. The mistake is placed all on the victim — You misheard. You’re too sensitive. You didn’t react appropriately. For your mistake, I am sorry. Most people have caught on to this little trick and understand immediately that the apology is fake, so it doesn’t do any good. Better to make an honest examination and clearly admit what part you actually played and what mistakes you need to own.

John urges us to “keep from bearing a grudge.” A true apology must have some cost to it, which includes letting go of ill will and a sense of interior righteousness so we can at least attempt to see the other’s point of view. Otherwise, the same argument will assuredly flare up again in the future. Even if we agree to disagree, it’s vitally important to allow the apology to clear the air and not carry negative emotions forward in the relationship.

John advises that apologies include a request for forgiveness “from the bottom of your heart.” The simple act of asking forgiveness allows the other person to participate in the process. Often, in my life, I’ve found that it also works miracles in dissolving emotional tension, and the apology is quickly reciprocated.

John says that making restitution “has a great power, more than you can tell.” To me, the best restitution I can make is to take steps towards eliminating the issue that started the argument. It may be changing the way I speak, being more sensitive to how other people are feeling, or changing an offensive habit. A real apology is followed up by an actual change in behavior. This is the hardest part, but is vital to a true reconciliation.

I take it back; humility is the hardest part. John insists that it is necessary, though, saying it’s just as important as “all the words that could be spoken.” In my experience, he’s exactly right. I notice that I am far more forgiving of flaws and mistakes in people who are humble and kind, probably because it is obvious they meant no offense. I, on the other hand, am not humble (I’m working on it), so my actions, even if I intend them to be benevolent, don’t always seem so very kind. When it comes to making a true apology, humility is key because it allows us to both accept and receive apologies more readily.

Knowing the parts of what makes for a sincere apology helps us to think through exactly why we’re apologizing and how to make it effective. For me, it helps keep me from quickly blurting out an apology before I’ve really thought through what it means and how I need to follow through on my words. For you, perhaps it will help you recognize and respond to a sincere apology. In the end, the point isn’t the words themselves, it’s the reconciliation.

Read more:
How to make peace with past mistakes: Lessons from a glamorous French actress

Read more:
How to teach your children obedience, according to St. John Chrysostom