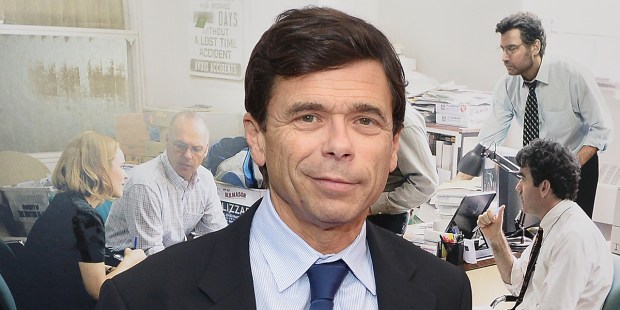 One of the reporters who broke the Boston Archdiocese sex abuse story in 2002 is part of a new team of journalists covering religion for the Associated Press.

The new team is part of an effort to expand religion news reporting in the U.S. and around the world. It is a project of AP, Religion News Foundation (RNF) and its subsidiary Religion News Service (RNS), and The Conversation, an independent, nonprofit publisher of commentary and analysis sourced from academic experts.

When the initiative was announced in April, AP said it would include the “creation of a joint global religion news desk aimed at providing balanced, nuanced coverage of major world religions, with an emphasis on explaining religious practices and principles behind current events and cultural movements.”

The initiative is funded by an 18-month, $4.9 million grant from Lilly Endowment Inc. to RNF. AP said it is one of the largest investments in religion journalism in decades.

The first member chosen for the global religion team was Michael Rezendes, a veteran Boston Globe Spotlight Team reporter who is best known for his role in reporting on sexual abuse and the network of secrecy within the Archdiocese of Boston. He was part of the 2003 Pulitzer Prize for Public Service for that work. The series of reports led eventually to the resignation of Cardinal Bernard Law and became the basis for the 2015 Oscar-winning film Spotlight.