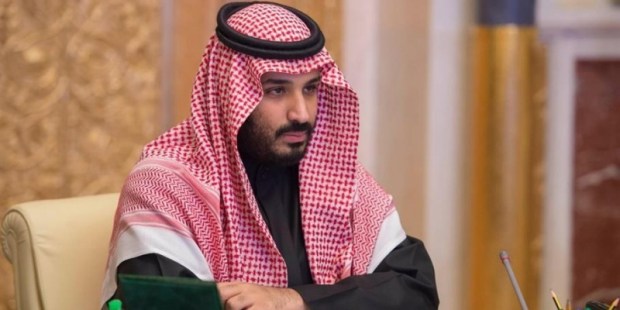 Greater religious freedom was one of the issues discussed when a small group of American Evangelical Christians went calling on the Crown Prince of Saudi Arabia.

Mohammed bin Salman, together with the Kingdom’s Deputy Prime Minister and Minister of Defense, received a delegation of the Christian-Evangelical Leaders in Jeddah on Tuesday. The delegation was led by the Israeli-American media writer and strategist Joel Rosenberg, who has written about terrorism in the light of biblical prophecies. Rosenberg and his wife, Lynn, founded the Joshua Fund, an organization encouraging Christians “to bless Israel and its neighbors in the name of Jesus.”

Rosenberg wrote on Twitter that “terrorism, peace, religious freedom and human rights” were discussed during the meeting with the Crown Prince.

This was a return visit for Rosenberg, who had visited other Saudi leaders in early November.

In reporting on the meeting, Religion News Service noted that Saudi Arabia is trying to forge closer ties with Evangelicals, “an influential electoral base in the U.S. that could be crucial to the 2020 elections.”

The prince continues to face fierce bipartisan criticism in the U.S. over the murder of Saudi critic and Washington Post columnist Jamal Khashoggi in the Saudi consulate in Turkey last year, despite denials by the kingdom that he had any involvement. …

For the crown prince and other Arab leaders, meetings such as this offer an opportunity to strengthen ties with the Trump administration through his evangelical base of supporters.
For the evangelical visitors, it is an opportunity for interreligious dialogue and to push for greater Arab support for the state of Israel.

Many U.S. evangelicals support Israel as a core part of their faith. Most believe that before Jesus can return and rule, Jews must return to the Holy Land and rebuild the Jewish Temple in Jerusalem, also the site of Islam’s sacred Al-Aqsa Mosque compound.

A statement issued by the Saudi Embassy in Washington said the two sides discussed promoting coexistence and combating extremism.

The delegation said in a statement that its members were grateful to have deepening relationships in Saudi Arabia “to talk openly, if sometimes privately, about what we believe must change in the kingdom even as we celebrate the kingdom’s progress in so many other areas.”