Who is Lucifer and what does his name mean? 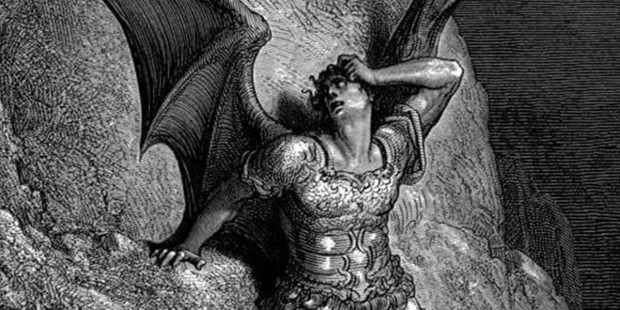 Originally the name of a planet, the name was adopted by Christians to denote a pure spiritual being before he fell from grace.

The name Lucifer is often used in popular culture, with even a mainstream TV show taking the name. Yet, the origin of the name is complex and has developed over the centuries.

Lucifer is a Latin word that means “light bearer” and was originally the name for the planet Venus, known as the “morning star.” In the Old Testament the planet Venus is referred to under this name, but there is also a secondary meaning that is connected to the word.

In the book of Isaiah the corrupt King of Babylon is given this name.

“How you are fallen from heaven,
O Day Star [Lucifer], son of Dawn!
How you are cut down to the ground,
you who laid the nations low!
You said in your heart,
‘I will ascend to heaven;
above the stars of God
I will set my throne on high;
I will sit on the mount of assembly
in the far north;
I will ascend above the heights of the clouds,
I will make myself like the Most High.’
But you are brought down to Sheol,
to the depths of the Pit.” (Isaiah 14:12-15)

The king was called to be a “light bearer,” but instead tried to be like God and “fell from heaven” and was condemned to “the Pit.”

Initially this was the primarily connected to the historical king of Babylon, but then Jesus made a comment to his disciples that added another dimension to the name. Jesus said, “I saw Satan fall like lightning from heaven” (Luke 10:18).

The two passages were later connected by Christians and slowly “Lucifer” became associated with the name of Satan before he fell from Heaven. The Catholic Church has always taught that, “Satan was at first a good angel, made by God: ‘The devil and the other demons were indeed created naturally good by God, but they became evil by their own doing'” (CCC 391).

Various traditions claim that Lucifer was the “brightest” among the angels before he rebelled against God.

Yet, even though the name has been generally accepted to be the angelic name of Satan by Christians, it has never been an official part of the deposit of faith.