There hasn’t been a bearded pope in more than 300 years. There is a reason for it 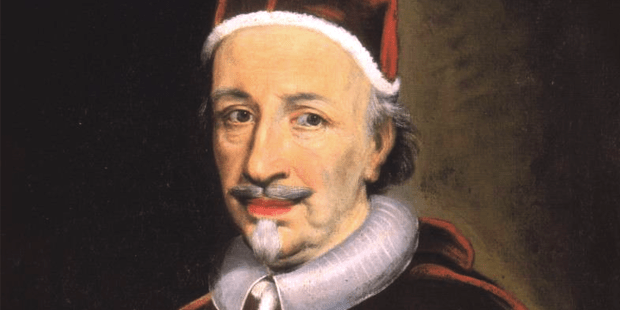 Beards have a long story in the Bible, canon law and tradition. It’s a love-hate relationship, it seems.

Innocent XII – born Antonio Pignatelli — was pope from 1691 to 1700. He is mostly known for fighting a hard, decisive battle against nepotism in the Church, and for being the last bearded pope to date. Why has no other pope grown a beard in more than 300 years?

Beards occupy an interesting place in the Hebrew Bible. Cutting off another man’s beard was considered to be an outrage (2 Samuel 10:4); either shaving or plucking one’s own beard indicated one was mourning (Jeremiah 41:5; 48:37); allowing one’s beard to be defiled could make others think one was mad (1 Samuel 21:13), and some cuttings of the beard that probably imitated pagan customs were strictly forbidden (Leviticus 14:9).

But both Greeks and Romans, during the time of Christ, would rather shave. If the Apostles, even in the earliest Christian representations, appear as bearded, one cannot say that is the case in all depictions. In fact, in some very early images of the baptism of Christ, Jesus is shown as being beardless, unlike in most Byzantine representations. Some Fathers of the Church (Jerome and Augustine) seem to either censure or encourage the practice of having a beard, but drawing a definite conclusion on the matter is rather difficult. But as early as the 6th century, English canonical law ordered clerics to “allow neither hair nor beard to grow freely” (Clericus nec comam nutriat nec barbam).

In fact, this prohibition was strictly enforced all throughout the Middle Ages. The Council of Tolouse (1119) threatened with excommunication all those clerics who would let their hair and beard grow “like laymen.” But there was some gap in this law, which was interpreted as allowing the use for short, well-groomed beards. The phrase barbam nutrire (“to cultivate a beard”) used in this law didn’t seem to strictly forbid the usage of a short beard. That’s the reason one finds most of the popes, saints and bishops of the 16th and 17th centuries indeed grew beards. Think about Ignatius Loyola, Francis de Sales, Phillip Neri, Julius II or Clement VI.

But, again, why would no other pope after Innocent XII wear a beard? There are both symbolic and practical reasons.

St. Charles Borromeo himself wrote a pastoral letter in which he would encourage his priests to shave. Some authors considered the length of the hair as representing a multitude of sins. Shaving would symbolically imply the “cutting away” of the sins and vices considered to be not only noxious but also superfluous, as facial hair is perfectly expendable and unnecessary.

Now, the practical reasons are related to liturgy itself: clerics should not allow their upper lip hair to impede them from drinking from the chalice. This has always been considered more than a good reason to shave.

But it was not until the 17th and even the 18th century when the practice of shaving, as pushed by the example of the French Court and Cardinal Orsini, the Archbishop of Benevento, really became the standard. Some attempts to reintroduce the use of the beard (somehow officially) among the clergy were made in the 19th century, but were rebuked by the Holy See. However, in some religious orders (Capuchin Franciscans and Carthusians among them), the use of a beard is prescribed in their constitutions, as symbols of both penance and austerity.