This ancient pilgrimage road crosses Europe from north to south

And it’s even older than the Camino de Santiago.

Before the discovery of the tomb of Santiago El Mayor in Compostela, Rome was the European city with the only Western-known burial spot of one of the twelve apostles: that of Simon Peter, in addition to that of the so-called “apostle to the Gentiles,” Paul of Tarsus.

The pilgrimage to Rome, an eternal tradition, like the city

Although it was not until the 6th century, during the papacy of Gregory the Great, that the main Roman sanctuaries were renovated to facilitate pilgrims’ visits, the first pilgrimages to Rome date back to as early as the 2nd century. Solid historical evidence shows that, for example, Origen— one of the Fathers of the Eastern Church and a pillar of Christian theology, along with St. Augustine and St. Thomas— would have traveled from Alexandria to Rome as a pilgrim, perhaps in a jubilee year.

For centuries, countless new converts to Christianity (Franks, Lombards, Anglos) began making a pilgrimage to Rome from northern Europe. Although the Christian conquest of Jerusalem and the discovery of the tomb of St. James opened new pilgrimage routes for European, Middle Eastern, and North African Christians, it is also true that the Via Francigena was already a consolidated route to reach the Eternal City, which Pope Boniface VIII had described as the “New Jerusalem.”

The first exhaustive description of the Via Francigena is from the end of the 10th century, when Sigeric the Serious, Archbishop of Canterbury, used the road to travel from his apostolic headquarters to Rome, where he would receive his pallium in the year 990.

The route, which obviously begins in Canterbury, arrives at the English port of Dover and reaches the European continent at the French port of Calais. From there, it crosses all of France—hence the name “Francigena”—and makes its way to Italy through the Great St. Bernard Pass, between the Apennines and the Alps. Several studies of Sigeric’s route have reconstructed the complete route of that time, thus giving rise to the first edition of the official guide of the Via Francigena in 1990. Although Sigeric’s road—which the author split into 80 stages—covered a distance of approximately 1800 kilometers, the road is currently 2040 kilometers long, due to a series of detours on the original route, which is now covered by highways, roads, or railways.

To make a pilgrimage to Rome by walking the Via Francigena, you need at least three months to cover it, but you can do it by stages, a little each year. The best time of year to cross the Great St. Bernard Pass is between June and September. There are low-cost “pilgrim” accommodations and hotels along the way, but since they are not as plentiful as along the more popular Way of St. James pilgrimage in Spain, pilgrims are advised to reserve rooms in advance. 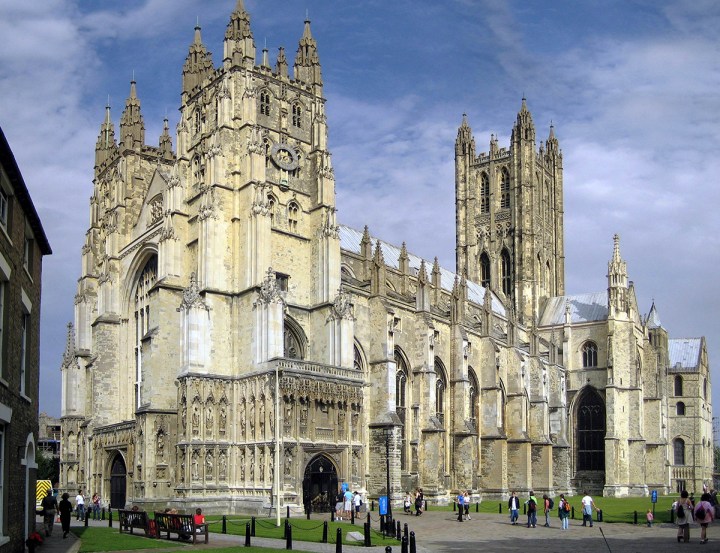