How to respond to comments about your growing family size 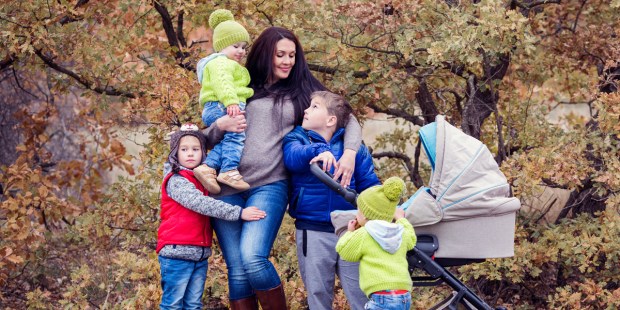 What you say can emphasize what’s so often forgotten …

The minute my baby bump got big enough that people were sure it was actually a baby bump, well, let’s just say they had a lot of questions. Was this pregnancy on purpose? When was I planning to stop? Just how big a family did I want, anyway?

I don’t mind the questions, but sometimes I detect an undertone of outrage, as if my family size is quickly becoming unreasonable. I have five siblings of my own, and I remember the raised eyebrows and incredulity my mother had to field so regularly. Once, a stranger gasped, “Six kids? If I had six kids I think I’d kill myself!”

Lots of women, as their families grow, keep a few responses handy, as it’s so hard to know what to say on the spot. If they’re feeling snarky, “Yeah, we’re planning to keep going until we get an ugly one,” or “Yes, I know what causes that. Did nobody ever explain it to you?”

I’ve never managed to pull off a snarky response. It’s just not who I am. I don’t seek out uncomfortable conversations, and my preference is to just let it go. At the same time, it doesn’t feel right to laugh awkwardly, and disregard the question. As my kids are growing up, I want to make it clear to them that I am absolutely thrilled to be surrounded by my growing family. And of course, I want to do right by my unborn baby by refusing to pretend that he or she is unwanted, or a burden.

I’m all for trying to keep awkwardness out of the conversation, but I have to stick up for my family, too.

So I’ve started saying “It’s a heck of a life, but we love it,” or “They are such great kids; I’m crazy about them,” or most simply, “I am so grateful for these kids.”

Whatever I say, I feel best about my response when I focus on my gratitude for my children. My gratitude doesn’t try to teach the person a lesson, and it’s neither defensive or unnecessarily aggressive. But it emphasizes what’s so often forgotten, when it comes to even the most chaotic and unruly of families: that we aren’t owed children, and it is the greatest possible gift that God allowed us to bring new souls into the world for him.

Most people who make insensitive remarks aren’t trying to be rude; they just aren’t used to thinking of children as a gift. A burden, an expense, a logistical nightmare, but not a gift. It’s not for me to put them in their place, or school them on why their remark might be prying and disrespectful, but it’s nice to take the opportunity to remind them — and myself — that I am grateful beyond words for what I’ve been given.

Read more:
7 Spiritual lessons we receive by having children

Read more:
I was pregnant and scared, but a stranger said exactly what I needed to hear