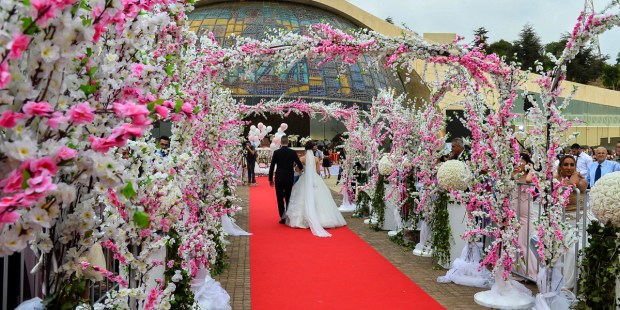 If you’re worried that the institution of marriage is in crisis, look to the Middle East. There’s a veritable boom in marriage these days, the New York Times reports. In fact, many couples are tying the knot in mass weddings, such as one presided over recently by the Maronite Patriarch, Cardinal Béchara Boutros Rai.

The Maronite Church is one of 23 Eastern Catholic Churches in full communion with Rome. According to Jesuit Fr. Steven Hawkes-Teeples’s “Eastern Christians and Their Churches,” the Maronite tradition is “the Christian way of life that first developed in the valley of the Orontes River in present-day southeastern Turkey around the monastery founded by Saint Maron. The community later settled in Lebanon. It is one of three ancient traditions expressed in the Syriac language.”

Today, about 36% of the Lebanese population is Christian, mostly Maronite.

The Times explains that, “in a region where marriage remains highly valued but economic pressures and costly celebrations have priced many couples out, powerful benefactors have stepped in, sponsoring large-scale ceremonies to make sure that young people get hitched.”