God wants us to ‘cheat’ Him out of His riches 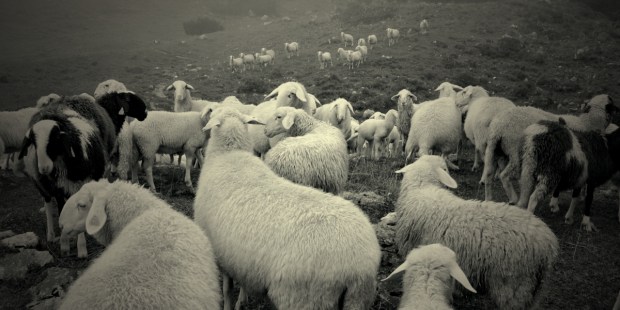 To show that God’s ways are not ours, Jesus has to use exaggeration.

Each of us is an unjust steward, who needs to cheat our way into heaven.

In the 25th readings of Ordinary Time Year C, Jesus uses a shocking image to give a radical message: Dealing with God is like dealing with the ultimate figure of power and authority. He owns everything; we own nothing. We must act accordingly.

The Parable of the Unjust Steward is a tall tale at the end of a group of tall tales.

To show that God’s ways are not ours, Jesus has to use exaggeration. Shepherds don’t leave 99 nervous, jittery sheep behind to seek for one. But Jesus does. Nobody invites their neighbors to celebrate finding a coin under their bed. But Jesus does. No father hands over half his wealth to the son who wants to disown him, watches him squander it, then welcomes him back with a feast. But Jesus does.

In the latest tall tale, a master of enormous wealth discovers a steward is defrauding him, and fires him. The steward reacts by defrauding him even more, cutting debtors’ accounts so that they no longer owe what they did to the master, but now feel obliged to him. But instead of having him locked up, the master praises him.

That’s not likely to happen in our financial life, but it happens to each of us with God.

We are each the unjust steward, and we have squandered God’s gifts.

God gave us everything we have. He is the true owner of our land, our houses, our talents, our loved ones — everything. He gave it to us to use for his purposes. But that isn’t what we have done with it.

Instead, he wants us to do with his gifts what the unjust steward did — lavish them on others.

Jesus wants us to stop keeping so much for ourselves, and give it to others.

St. John Chrysostom said we are very literally unjust stewards: “Not to share one’s wealth with the poor is to steal from them and to take away their livelihood. It is not our own goods which we hold, but theirs.”

Pope Francis quoted those words in his letter “The Joy of Evangelization,” which begins with these words:  “The great danger in today’s world, pervaded as it is by consumerism, is the desolation and anguish born of a complacent yet covetous heart, the feverish pursuit of frivolous pleasures, and a blunted conscience.”

Jesus is saying that we are unjust, time is running out, and unless we work with urgency and imagination to improve our position we will be in a lot of trouble very soon.

In fact, spiritually speaking, isn’t it true that we are cheating our neighbors?

Together, the first two readings show just how unjust we might be.

The second reading says God “wills everyone to be saved” and so sends Paul — and each of us — to give the message of salvation: “There is also one mediator between God and men, the man Christ Jesus, who gave himself as ransom for all.”

The first reading mocks fraudulent business people who keep back a little of the customer’s grain when they sell it, mess with the scales, and use others for their own ends rather than treating them rightly.

Well, we who have directly been given the task of bringing the faith to our neighbors do the same thing in the spiritual life. We hold back the one thing we owe them, the one thing they most need — the message of salvation — and we keep it to ourselves.

We don’t want to treat them like people in need of salvation; we would rather enjoy our own comforts and keep them in a relationship that is less demanding of us.

“Hear this, you who trample upon the needy,” the first reading says. “The Lord has sworn by the pride of Jacob: Never will I forget a thing they have done!”

Ultimately, we have all been given a break, just like the debtors in the story.

“Though our Lord Jesus Christ was rich, he became poor, so that by his poverty you might become rich,” is the prayer before the Gospel today.

Salvation was impossible for us, but God gave us what the Catechism calls a “short cut” — a cheat — in baptism to the riches of salvation. He wants us to help as many others find it as possible.

Read more:
What are parables and why did Jesus use them?