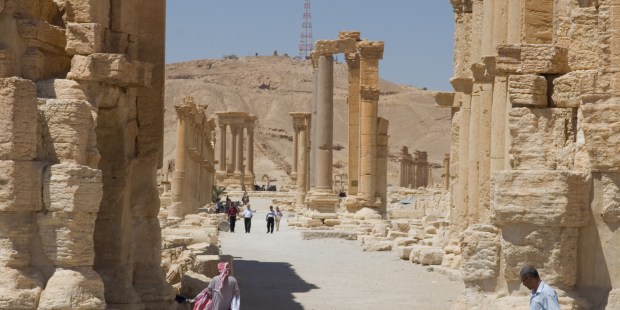 At the height of the crisis facing residents of Iraq and Syria in the mid-2010s, the group calling itself the Islamic State made a very public display of smashing ancient archaeological artifacts, even going as far as dismantling parts of the ancient city of Palmyra.

Precious monuments and carvings that told part of the story of civilization were being lost forever, thanks to a very uncivilized group of thugs.

Now, the J. Paul Getty Trust has announced it will make grants of $100 million over the next 10 years to help protect such sites and antiquities.

Ancient Worlds Now: A Future for the Past aims to promote a greater understanding of the world’s cultural heritage and its universal value to society, including far-reaching education, research, and conservation efforts, the Trust said.

“In an age of resurgent populism, sectarian violence, and climate change, the future of the world’s common heritage is at risk,” said James Cuno, president and CEO of the J. Paul Getty Trust. “Cultural heritage embodies a global community united by a common need to make things of beauty and usefulness, and to compose stories and rituals about humanity’s place in the world. … This work must start now, before more cultural heritage is neglected, damaged, or destroyed. Much is at stake.”

Ancient Worlds Now will explore the interwoven histories of antiquity through a diverse program of ground-breaking scholarship, exhibitions, conservation, and pre- and post-graduate education, and draw on partnerships across a broad geographic spectrum including Asia, Africa, the Americas, the Middle East, and Europe, the announcement said.

Among other things, the initiative, which is already underway but will get a formal launch next summer, will seek to raise awareness of the threats to ancient heritage from “development, economic pressures, mass tourism, political forces, climate change, and violent conflict.

As part of the initiative, the Getty Museum in Los Angeles recently launched a series of exhibitions and education programs related to the classical world that began with the exhibition “Palmyra: Loss and Remembrance.”

Other Getty activities already underway include conservation efforts at the Byzantine-era archaeological site of Nea Paphos and its necropolis on the island of Cyprus.

“Working in partnership with the Department of Antiquities in Cyprus, the GCI will develop a conservation master plan to guide the preservation of one of the richest sites of mosaic pavement in the Mediterranean, with significant remains from the Hellenistic, Roman, early Christian and Byzantine periods, as well as Frankish and Ottoman monuments,” the Getty Trust said.