Why does St. Matthew have two names in the Bible? 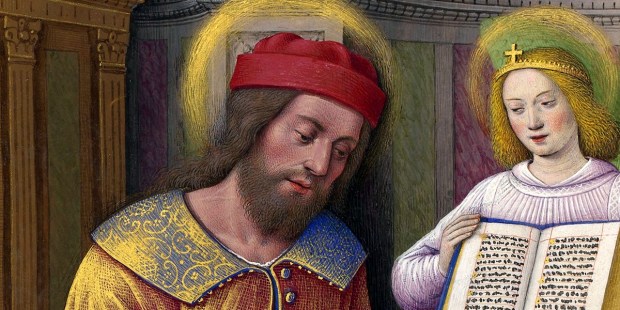 The famous tax-collector turned apostle may have had his own name-change after encountering Jesus Christ.

Name changes are significant in the Bible, as they typically signal a new mission from God. For example, Abram became Abraham and Simon was re-named Peter.

Another character in the Bible whom many scholars believe received a name change was Matthew the apostle. In the Gospel of Matthew the tax-collector who is called by Jesus Christ to become an apostle is named “Matthew” (Matthew 9:9).

Some scholars believe that the tax-collector simply had two names, one in Greek (Matthew) and the other in Hebrew (Levi). This is very possible, as scholars point to Simon (Peter) and Saul (Paul) as similar examples that don’t signify a name change, but the existence of two names in two different languages.

At the same time, other scholars believe this could indicate a name change. In the Catholic Encyclopedia, it explains, “It is probable that Mattija, ‘gift of Iaveh,’ was the name conferred upon the tax-gatherer by Jesus Christ when He called him to the Apostolate, and by it he was thenceforth known among his Christian brethren, Levi being his original name.”

In reality, both theories are possible. What is certain is that after he left his tax-collecting business he was forever known as “Matthew” by the early Christian community.

Whatever the case may be, both names are capable of inspiring symbolic reflections, as can be seen in the following passage from The Golden Legend, a popular medieval text that provided inventive meanings for saints’ names.

Matthew had two names, Matthew and Levi. Matthew (Matthaeus) is interpreted as hasty gift, or as giver of counsel. Or the name comes from magnus, great, and theos, God, hence great unto God, or from mamis, hand, and theos, hence the hand of God. Saint Matthew was a hasty gift by his speedy conversion, the giver of counsel by his salutary preaching, great unto God by the perfection of his life, and the hand of God by the writing of his gospel. Levi is interpreted as taken up, or attached, or added to, or placed with. The saint was taken up from the work of exacting taxes, attached to the company of the apostles, added to the group of the evangelists, and placed with the catalog of the martyrs.

He may have been known as “Levi” before, but ever since his encounter with Jesus Christ, the world has known him as “Matthew.”

Read more:
Ox, eagle, lion, man: Why and how are the Evangelists associated with these creatures?