Living honorably: What it is and why we (still) need it. 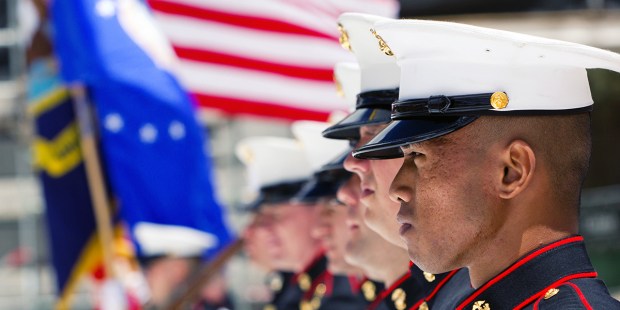 Ever moved the furniture in your living room and had the feeling you were in a whole new space, sensing a distinctively refreshing air about the room? What if you could do this with your thoughts? What if we could move around the mental furniture in our mind? If we could, we might also feel as though we were in a strange new place. The furniture of our minds is one popular way to speak of, what scholars call, a “social imaginary.” However, instead of consisting of some cerebral sofa or cognitive coffee table, our “social imaginary” is made up of how we imagine our social surroundings. It is the backdrop, against which we implicitly understand and process how we think about ourselves, our relationships and community, perhaps even God.

For most of our predecessors of Western Civilization, an important part of this imaginary was called “honor.” That word meant something to them … in ways perhaps that it does not to us. Why? What is “honor,” and did something important leave our mental living rooms when honor was removed?

In a recent book, Pursuing the Honorable, we have tried to capture some of our forebears’ insights. Like Aristotle, if we want to describe a quality of our character, then we should define it by how it helps us act. So just as courage helps one do what is courageous, honor helps one do what is honorable. If we want to have honor, we must “pursue the honorable.” Discovering what is honor becomes for us a search for what is honorable. The ancient Roman jurist and master orator Cicero once wrote that the honorable “is of such a nature that, though devoid of all utility, it can justly be commended in and for itself apart from any profit or reward.” In other words, the honorable is that which is profoundly good regardless of any beneficial results that come from it. Moreover, the honorable remains itself even if everyone else loses sight of it. Cicero wrote in another work that “even if it is not accorded acclaim, it is still honorable; and by its very nature, we correctly maintain, it merits praise, though praised by none.”

Authors like Aristotle, Cicero, Ambrose, Augustine, and Aquinas all associated the honorable (kalon in the Greek or bonum honestum in the Latin) with nothing other than the virtuous. When asked to define the honorable, Cicero named the four cardinal virtues: prudence, justice, courage, and temperance. (Check them out in your Catholic Catechism §1804-1809.) These virtues make up an honorable life just as the slices of a pie make up a pie. They are the very stuff of the honorable. In that sense, honor is about what is ethical. But it is something more: an honorable life is also radiant. It shines. The honorable person or act can gleam like a bright ray of light during a dark moral night. There is a part of the honorable that is not only good, but also beautiful.

Yet, Aristotle also pointed out that this beauty of character is not easily won. The honorable, while inspiring us to act for the highest of motives, also can at concrete times and in specific places demand we act a certain way, though the entire world seems against us. One living with honor, therefore, will pursue what is good even to the point of death. Here is one reason why we instinctively think of honor as associated with military service, but it is not necessarily always the case. For example, the lives and deaths of St. Oscar Romero or Bl. Stanley Francis Rother—an American Roman Catholic missionary murdered because he refused to leave his Guatemalan parish—personify honor and “shine like lights in the world.” (Phil. 2:15)

Thus, one need not be a soldier to be honorable. The virtuous life calls to each of us, whatever our place in life. Honor’s call is not limited to those four virtues. Often our particular calling in life may ask us to become a living highlight of another, more special virtue. The soldier, for example, may need courage in a particular way; the mother of five, patience; the professor, discipline of mind. There are numerous examples of men and women who embrace the honorable at the risk of losing everything.

Here we find something else that is special about honor: it is found within a role we take up and make our own: a mother, a priest, a police officer, etc. In this sense, honor has always been something more social than our current ethical furniture of “dignity.” Dignity is good at highlighting our individual worth, but honor emphasizes our roles in service to another, to the community, or to God. Is it any wonder, then, that during the rite of marriage Catholics promise to “love and honor” their spouse? In that moment, we witness them freely taking up a new and very profound role. Honor is always like that; it is always about our interconnectedness, the relation between ourselves and another.

If these are some of the features of honor and the honorable life, then how could we have ever lost it? We lost it in the rush to become known as independent individuals, defined not by my role to you or my community, but by whatever I choose to be. There is a spectacular strength in today’s individualism. Yet, the Church has told us repeatedly that we can overdo it. One can sit too long in the armchair of radical autonomy. By doing so, we might start to miss something else. There are negative consequences associated with this isolated individualism. Jean Twenge, in her 2017 book iGen, points to indicators that today’s younger generation experience tremendously higher rates of unhappiness, despite being more virtually “connected” than ever.  Autonomy is good, but is there something to be said about tradition, and about roles that are larger and more magnificent than we alone could ever will ourselves to be. We need autonomy. We need dignity. Yet, perhaps it is time to dust off that long-forgotten living room piece and give “the honorable” a suitable place in our ethical vocabulary. Perhaps it is time to think once again about how honorable I can live, serve, and love God and neighbor.

“For honor is the reward of virtue and it is to the good that it is rendered.” – Aristotle, Nicomachean Ethics 1123b34