The hot burrito paradox: An investigation into God’s power 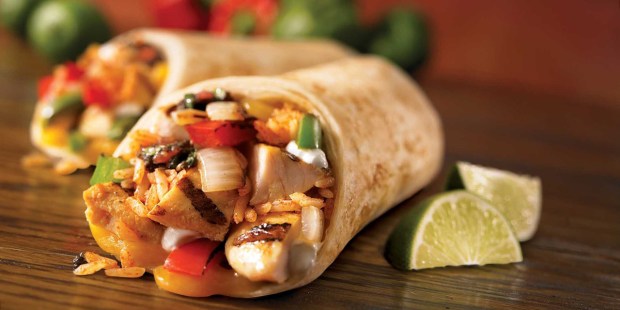 A Dominican priest takes on Homer Simpson’s thoughts on the meaning of omnipotence.

“Could Jesus microwave a burrito so hot that he himself could not eat it?” – Homer Simpson

There’s nothing like the molten lava insides of a hot pocket or the scorching sauce of a frozen pizza to make one question the power of God. I contend it’s impossible for mere mortals to eat either without destroying the roof of one’s mouth. But I digress …

Perhaps you’ve heard Homer’s question put another way: Could God make a stone so heavy he couldn’t lift it? A symphony so loud he couldn’t hear it? A light so bright he couldn’t gaze into it? Whether you’ve heard the question from Season 13 of The Simpsons or mused on any of its variations, there’s actually a serious philosophical question skulking about.

What’s at stake? Well, Christians believe that God is omnipotent, that is, that he is all-powerful. If there’s something that God can’t do, wouldn’t that limit his power? Wouldn’t that mean that God isn’t omnipotent? And if he’s not omnipotent is he really God?

Christian philosophers classically contend that omnipotence means that God can do all possible things. That is, if something is impossible it cannot be done, regardless of the acting agent. Protecting human life at every stage in America is a possible thing. It can be done. Making round squares or 2+2 to equal five is not.

It’s no surprise then that we find Thomas Aquinas saying, “Therefore, everything that does not imply a contradiction in terms, is numbered amongst those possible things, in respect of which God is called omnipotent: whereas whatever implies contradiction does not come within the scope of divine omnipotence, because it cannot have the aspect of possibility” (Summa Theologiae, I, q. 25, a. 3). God’s power is greater than the power of any created nature.

In fact, God’s power is greater than all the power of all created creatures combined. As Scripture attests, “for nothing will be impossible for God” (Luke 1:37). Recognizing then, the actual meaning of the term omnipotence, we would interpret this verse as saying, “For nothing that is impossible is impossible for God.” Therefore, Aquinas concludes with the sage observation that it is better to say such a thing cannot be done at all, rather than to suggest God cannot do it.

Not everyone has followed the classical Western tradition here. René Descartes, for example, even goes so far as to say, “God could have brought it about … that it was not true that twice four make eight.” According to this line of thinking, an omnipotent being would be able to make contradictions true (and then the burrito paradox would be dissolved). God could make a burrito too hot to eat, and then he would eat it.

In response to Homer’s musing, one website suggests something like the Cartesian answer, “If you believe in Jesus as the son of God who now resides in Heaven, then he can do anything – so yes.” The problem is that this exaltation of the supremacy of God’s will over and above the real order of things undermines the metaphysical integrity he has imparted to creation. As Aquinas suggested before us, it would be better to say, “Jesus can do all possible things.”

God remains supremely free, ordering the universe according to his will and unlimited power. God does not sin, and he does not reverse his universal decrees. Neither of these limit his perfection. So too, then, with the hot burrito paradox. Deeming something intrinsically impossible in no way offends God’s power or implies an imperfection in its extension.