Did Noah really live for 950 years? 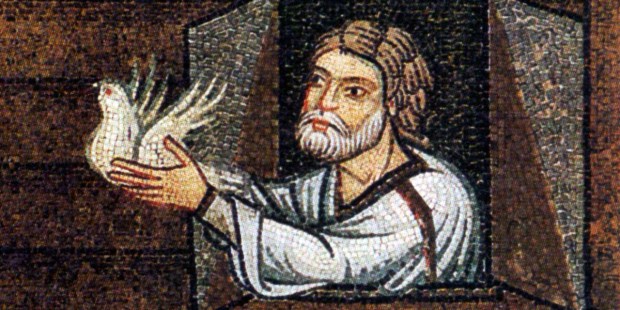 Here are a few possible reasons why Genesis records people living much longer than they do today.

The book of Genesis can be confusing to the modern reader for many reasons. One of the most striking examples is the fact that the author of Genesis claims many people lived for hundreds of years before they died.

How is that possible?

The Catholic Church does not have an “official” interpretation of this passage and allows for a wide range of beliefs. One possibility is that humans did in fact live much longer than we do now, especially before the great Flood that covered the earth.

Various theories claim that there existed a “protective barrier” in the earth’s atmosphere that prolonged the lives of humans before the Flood. After the flood that barrier was removed and humans progressively lived shorter lives.

Another theory is that early humans did not have a reliable way to count years, and that what is recorded in Genesis simply means “a long life.” This is a possible interpretation, as the number 40 contains a similar biblical symbolism of a “long time,” and is not necessarily fixed to a particular number of days or years.

Biblical scholar Dr. Scott Hahn explains in his commentary on Genesis that, “Perhaps the best hypothesis, and one that would help to explain both the biblical and Near Eastern data, is that giving primeval figures extremely long lives was a way of conceptualizing the great antiquity of mankind. In other words, this may be simply a literary technique used to assert the remarkable age of the human race itself.”

At the same time, while this might explain a historical explanation of the numbering system, there may be an added spiritual dimension to it.

Fr. Edward McIlmail explains, “God’s original plan for Adam and Eve was immortality — they wouldn’t die. But Adam and Eve fell, and sin entered the world. As we go through the Book of Genesis we see that the life spans of key figures get shorter. This seems to figuratively represent how sin brings death into the world.”

The book of Genesis, then, reminds us not only of our origin, but also of our destiny. We were created for immortality, and while we may have lost that gift in our mortal lives on earth, we will experience that immortality once we pass from this life to the next.

One day we will experience that longevity that Noah possessed, but the good news is that 900 years will only be a blink of an eye as we live with God for a number of years that will have no end.

Read more:
Who were the Nephilim in the book of Genesis?