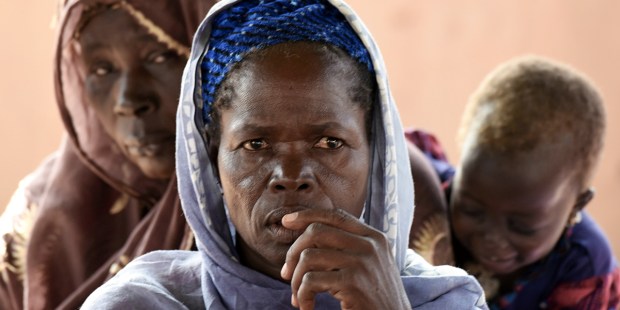 Christians are being attacked, expelled and murdered, village by village.

According to sources close to the international Catholic charity and pastoral foundation Aid to the Church in Need, the Christian population in the north of Burkina Faso is currently being exterminated or expelled from their villages by Muslim extremists.

The most recent villages to have been abandoned are those of Hitté and Rounga, where the inhabitants have been given an ultimatum by the Islamist terrorists, ordering them to convert to Islam or leave their homes.

“They are by no means the only ones facing this situation, rather they are just part of a programme by the jihadists who are deliberately sowing terror, assassinating members of the Christian communities and forcing the remaining Christians to flee after notifying them that they will return in three days time – and that they do not wish to find any Christians or catechumens still there,” a source told ACN.

The first place to be attacked, in late May of this year, was the village of Toulfé, where the jihadists murdered five people, including one catechist, during a religious celebration, wounding another catechist at the same time.

“From Touflé the extremists moved on to the town of Babo, where they again delivered a similar ultimatum. Many of the residents fled, while those who remained had to witness the terrorists assassinating three people, including a community leader named Jean-Paul who had chosen to stay on as leader and organize prayer groups.”

Hitté is the most recent place to have been threatened.

“At the beginning of September, 16 men arrived in the village, intercepting the villagers who were returning from the fields. Some of the men forced the people to enter the church where they threatened the Christians and ordered them to leave their homes in the next three days, while others set fire to whatever they found in their path. Now Hitté is empty of any Christians and any catechumens,” ACN’s source confirmed. After that the armed men continued to advance upon Rounga, which has now similarly been evacuated.

“Almost 2,000 people have fled these two villages alone. They have found temporary shelter in a primary school in the village of Ouindigui,” ACN was told. Another neighboring village that has been taking in these refugees since the beginning of the persecution is Titao, where almost 7,000 uprooted victims of the violence have sought refuge. The local Catholic Church is organizing social and pastoral support for these people [via Caritas], including medical care for the sick and the elderly and counseling and psychological help for the traumatized population.

“The situation is proving very difficult to cope with, but it has prompted a spirit of solidarity among the rest of the population in Titao, including the local Muslims, who do not share the radical extremism of the terrorists and who are helping the local church to provide food and water to alleviate the basic needs of the refugees,” the sources report.

The local authorities in Titao are equally touched by the painful and dramatic situation the region is going through. However, “the government authorities are not responding to the reports they are receiving.”

ACN’s sources likewise reproach the government authorities, including the police and the local gendarmerie, for their unwillingness to help, notably in the recovery of the bodies of the Christians who have been murdered. “They are raising all kinds of difficulties about helping to recover the bodies and give them a fitting burial; they say it is not safe and is very difficult. In fact in some cases the security forces are refusing to help. On one occasion the daughters of the victims plucked up courage and set out on tricycles to find their parents’ bodies so that they could bury them. Those from Babo faced an equally difficult task; they had to go there by night, on mopeds, to recover the bodies and bring them back to Titao. Needless to say, the bodies had already begun to decompose. Afterwards many people experienced health problems. It is quite inhuman.”

ACN’s sources confirmed that “often the majority of the terrorists are members of the Peul  (Fulani) people; however we must not accuse all the Peuls.” The causes behind the current situation are bigger forces: “Someone is persuading these people to take up weapons and is providing them with weapons to kill their brethren with whom they have lived in peace for years until now. For in fact, although there are a number of foreigners among the terrorists, the majority of them are not foreigners. They are Peuls who have been living in the region for years. Their families are known to us, and yet from one day to the next they have become enemies of the people. These people are being manipulated,” ACN’s sources insist.

Nonetheless, the real parties responsible for the crisis and the increase in violence in the country have to be sought abroad. “Weapons like these are not made in Burkina Faso. We know that the people supplying these arms are international organizations which have no real concern for humanity but care only for their profits. We are calling for the removal of these weapons, so that peace can return to Burkina Faso,” the sources urge.

If not, the consequences could be extremely serious, explains the source. “Peace has to be restored immediately, for if not, there could well be reprisals. The people know that ‘it was so-and-so who killed my father or my brother.’ It is very difficult. After such barbaric deeds people become deaf to the idea of peace. Besides, these people have lost everything, and their harvests are also going to be lost, which will result in a famine. The situation is critical. Please pray to God to touch people’s hearts, so that peace may return.”