Jorge Bergoglio (the future Pope Francis) was my literature teacher 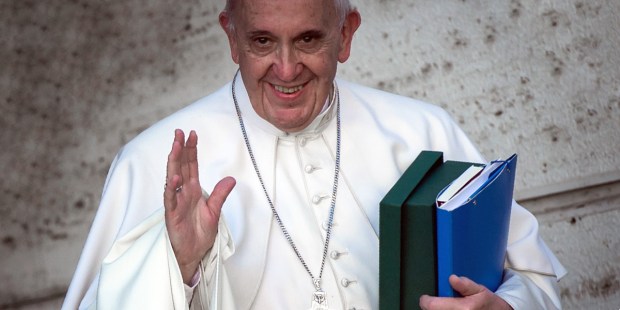 Director of NY health care organization who studied in Argentina remembers his teacher as polite, but distant and cold …

Some 600 doctors of Somos — a network of 2,500 health care providers in disadvantaged areas of New York — were received by Pope Francis in audience at the Vatican last week. Among them was Mario Paredes, the organization’s director general, who met the Argentinean pope years ago (before he was the pope) while studying in a university in Argentina. We asked him to share his memories:

Under what circumstances did you meet the future Pope Francis?

Paredes: In the late 1960s, my parents sent me to study at the Jesuit University of Christ the Savior in Buenos Aires to obtain a degree in philosophy. My literature teacher was none other than Jorge Mario Bergoglio. He was an exceptional teacher, but he was distant, formal, cold. He was very polite but never smiled. Nevertheless, his lessons were very entertaining because of the breadth of his knowledge.

He used to quote writers easily from memory; it was fascinating. His presentations were also punctuated by numerous and varied references to painting, music, etc. He’s a multifaceted man.

Then how can we explain the friendly, sympathetic and accessible aura that now characterizes him?

Paredes: I’ve asked myself that question many times. He was so formal and distant … It seems that he reached a turning point when he became pope. This is certainly the work of the Holy Spirit.

I have met him many times since [his election], at the Saint Martha residence, and he’s always been very charming to me. When he was Cardinal Archbishop of Buenos Aires, I used to invite him every year to New York to celebrate the feast of Our Lady of Lujan, patron saint of Argentina. He never came, but reliably answered me with a message expressing his gratitude for the invitation. He never really liked traveling. Even today, I don’t know if he enjoys flying, but he’s doing his job.

Has he always, however, shown an interest in foreign countries?

Paredes: A week after his election, I was invited to meet him at the Vatican with Hispanic leaders from the United States. I brought him a book he’d written, “Dialogues between John Paul II and Fidel Castro” (1998). … It’s interesting that he wrote about Cuba, since it’s not really a Latin American country. This reveals to what degree he has a vast knowledge of, and interest in, many places around the world.

Interview in Rome by Arthur Herlin