Why pride is the birth mother of all sin 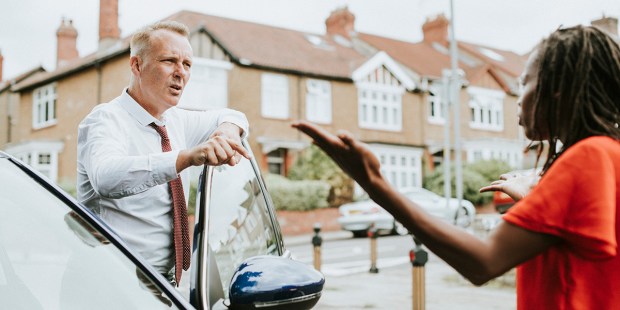 In our fresh look at the 7 Deadly Sins, we now consider the deadliest of them all.

So said the man waving a gun, having just emerged from his car stopped in an intersection, in a case of road rage that almost turned tragic. Isn’t that a vivid illustration of the deadly sin of pride?

Pride is the worst of sins because it involves a full-scale inversion of reality. If sanity is an ordering of one’s life in harmony with reality, the sane person says: “God is God and I am not God, and I must act accordingly.” A man both fallen and wise will say, “God is all-holy; I’m not holy and so am not pleasing to God; I must be reconciled with God—a task that requires my cooperation but is beyond my own power.” Someone both sane and wise will be well disposed to hearing the Gospel of Christ.

Pride is delusional, spiteful, bitter. At its root, it declares, “I don’t want God to be God! I want to be God! I would rather have anyone or anything be God except God Himself!” Pride is arrogant—that is, pride arrogates, it presumptuously attributes to oneself the status, rights and merits of another. It seeks to attribute divinity to the creature—which would be ridiculous, if it weren’t so deadly.

It isn’t surprising to see that we must talk about humility as a remedy for pride. But first we must see how terribly damaging pride is—how pride is a rejection of our status as creatures with a nature and limitations, and a rejection of God who is absolute and sovereign. Consider these observations from Cardinal Sarah in a recent interview.

Cardinal Sarah sees “the whole of Western civilization crumbling.” While the 4th-century barbarians conquering Rome came from outside, now the barbarians are inside, “They are those who refuse their own human nature, who are ashamed to be limited creatures, who want to think of themselves as demiurges without fathers and without heritage.”

The cardinal explains that by refusing the human network of dependency, inheritance and filiation, these rebels are condemned to enter the “naked jungle of competition” in a “self-sufficient economy.”

Rejecting “dependency, inheritance and filiation”—these are the sure marks of pride. To be a creature is to be dependent. A creature must admit that he did not bring himself into existence and cannot sustain himself in existence. He is dependent for his very existence upon the Supreme Being who created him. Consequently, that Supreme Being is worthy of gratitude and worship, as a matter of justice. To that realization, pride says, “No!”

To be a creature living in time is to have an inheritance. We must be good stewards of all the wisdom and achievements, the examples of good and bad that have been bequeathed to us by our ancestors. It is undeniable that, over time, our ancestors proved repeatedly that men are men and women are women; that family is the building block of human society; that betraying God leads to betrayal of neighbor and betrayal of self. I can learn from my ancestors that if I desire what is bad, I must re-orient my desire to what is good. To that realization, pride says, “No!”

To be a creature is to be filiated and affiliated. We are made in the image and likeness of the God who is a person—we are begotten by a divine person who is rational, free and good. Our dignity has divine origins. For Christians, we are adopted as sons and daughters of God. Because we are filiated, we are also affiliated—we are sons and daughters who have brothers and sisters. We have an obligation of justice and charity to our fellows—including the pre-born, the elderly, the sick and the weak. To that realization, pride says, “No!”

Saints and sages have always said that the uprooting of pride begins with humility—simply a telling of the truth about God and about ourselves. Don’t underestimate the power of humility. St. John Climacus reminds us: “Humility is the only thing that no devil can imitate.”

When I write next, I will review some words to live by. Until then, let’s keep each other in prayer.

Read more:
On her feast day, the pope asks the Virgin to “rob us” of pride