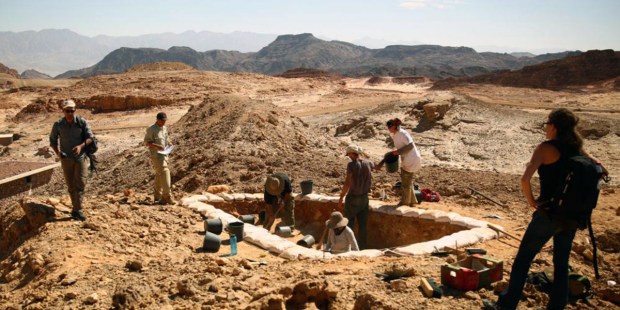 The ancient culture may have produced copper in a surprisingly efficient manner.

A recent study of sites in the Wadi Arabah region of the Levant, where the Kingdom of Edom existed during the biblical era, has yielded evidence that the Edomites may have been more advanced than previously thought.

In a report published in the journal Plos One, lead author Ben-Yosef explains that he reached this conclusion while studying the concept of “punctuated equilibrium,” which he describes as:

… a model for evolutionary change characterized by long-term stasis punctuated by short-lived episodes of rapid change, in contrast to a “gradualistic” model of slow and consistent change over time.

The team decided to test the model against ancient civilizations to see if they could understand the technological advances of cultures as far back as the biblical times. After studying dozens of examples of leftover slag — a byproduct of metallurgy — in the region where the Edomite kingdom once stood, they determined that there was a significant leap in their technology around the 10th century BC.

Popular Mechanics reports that Ben-Yosef explained how there was a sudden change in the way copper was produced. He said:

“The efficiency of the copper industry in the region was increasing. The Edomites developed precise working protocols that allowed them to produce a very large amount of copper with minimum energy.”

Suspecting that this technological advance may not have happened organically, the team searched historical sources for an explanation. It was then they found that the leap in copper refinement may have been caused by Egyptian intervention.

It has long been thought that, around the 10th century BC, the Egyptians set their military sights on Edom. Now, however, Ben-Yosef believes the Egyptians may have approached the Edomites peacefully, and exchanged technology that brought Edom into the Iron Age. Ben-Yosef told the Times of Israel:

“The Egyptians were making sure not only that they would get the copper via trade contracts, but also make the industry better. As a super regional power, they may have had tech knowledge from other places, and gave some tech tips to the Edomites’ R&D teams.”

The team is still studying the region, but if their suspicions are founded then it could change the way we have previously understood the ancient world.