After year of silence, brother of priest kidnapped in Niger still holds out hope 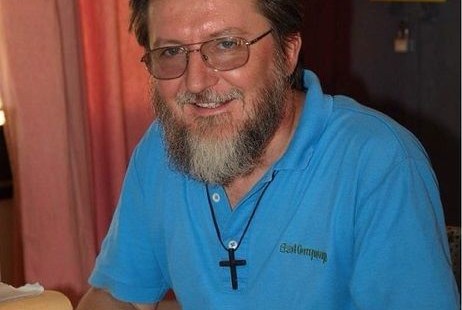 Father Pierluigi Maccalli was kidnapped in Niger on Sept. 17, 2018.

Missionary Father Walter Maccalli says he doesn’t have the least doubt that his brother, Father Pierluigi Maccalli, who was kidnapped in Niger on Sept. 17, 2018, will eventually be set free.

To mark the anniversary of his brother’s abduction, Father Maccalli, an Italian member of the Society of African Missions who is currently based in Foya, Liberia, sent a message to Aid to the Church in Need (ACN).

Though expressing his certainty that it is still possible for brother to be set free, he admits that he has had no news about the whereabouts of his brother since the day he was abducted from his home in Bamoanga, Niger, by eight armed men on motorcycles

Father Maccalli wrote: “A year has passed since Gigi was abducted, and unfortunately we have heard nothing since then. All the news from journalists and from the government of Burkina Faso to the effect that he had been or would be brought back to Niger are based on suppositions that have not been confirmed.”

Daily prayer and “the solidarity and support of my other brother priests” are helping the priest not to lose hope.

He told ACN that there is “a prayer that we pray together in our community in Foya, Liberia: “Jesus, please free Father Pierluigi from his captivity and bring him home, safe and sound” and this cry from the heart: “May this situation end soon, O Lord!”

Asked about some of the main difficulties that his brother likely may be facing, his brother replies that “undoubtedly” he will be feeling the burden of being unable to celebrate Holy Mass, and of course he suffers from the separation from his family and friends.

He added, however that his brother, “after the first moments of tension and fear, will undoubtedly have found a response to this new mission in prayer, in his sense of being a missionary from the depths of his heart, exercising his ministry with fidelity and compassion, as he had always done in his parish community in Bomoanga—doing good, helping his fellow captives, with a kind word for his captors, comforting and caring for the sick.”

Meanwhile, waiting and hoping for news that refuses to come is “like an open wound that remains open and does not heal.” However, Father Maccalli stressed that “this is our hope—that he will be set free.”

“We know that these things take time, but we continue to hope with faith and patience for his liberation. The prayers we pray daily in our village are prayed with this hope. There are many people who are praying for him.”

Father Maccalli had these words for ACN donors: “May you remember us, the missionaries, in your prayers and may you not forget us; may you always continue to express your solidarity in your prayers and your practical support, which is so important to us.”

“May you continue to pray and work for unity and peace, so that these persecutions may end. May God bless you and your families. Many, many thanks.”

This article was published with permission from Aid to the Church in Need. For more information visit www.churchinneed.org.