Franciscan brother brings his message to Washington, the UN, and Silicon Valley 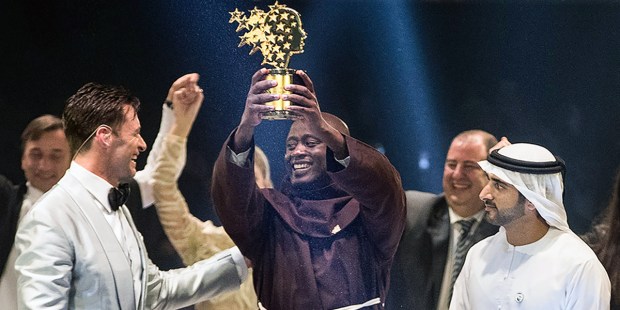 Br. Peter Tabichi, winner of the Global Teacher Prize, is working to get more support for education in Africa.

Peter Tabichi is a Franciscan brother who won the Global Teacher Prize from the Varkey Foundation earlier this year.

Brother Peter teaches math and physics at a secondary school in the village of Pwani, in Kenya, in the middle of the Rift Valley. He donates 80% of his salary to help the poor in the community. The school where he gives classes welcomes economically disadvantaged students from various ethnic groups and religions, united in their effort to create a brighter future for themselves and their country.

This past September 17, brother Peter Tabichi opened the session of Congress in Washington, D.C. with the Franciscan Peace Prayer. On Twitter, he said, “It was a great privilege and honor to open the US Congress with the Franciscan prayer for peace at the Capitol, Washington DC. What a great day! God bless us all.”

It was a great privilege and honour to open the US Congress with the Franciscan prayer for peace at the Capitol, Washington DC. What a great day! God bless us all.🙏 pic.twitter.com/rdhC6MxRhN

After the well-known prayer, which begins, “Make me an instrument of your peace …”, Brother Peter asked God for peace in the world, and prayed that “our hands and hearts be stretched out in compassion and in service of others,” calling to mind the words of Jesus, who said that “whoever wants to be first must take last place, and be the servant of everyone else.”

The Franciscan, who is participating in the 74th assembly of the United Nations (September 24-30), met with President Donald Trump on Monday, September 16, talking to him about promoting education in Kenya, Brother Peter’s home country. During this trip to America, he also visited the headquarters of tech companies Google, Facebook, and Cisco, encouraging them to “do more with STEM education in Africa.”

Great to be welcomed with a Kenyan flag by Cisco and Facebook companies at their headquarters in California. Got an opportunity to encourage them to do more with STEM education in Africa pic.twitter.com/RLro0GUqTw

As a leading tech company, it was good to learn about ⁦@GoogleForEdu⁩’s work in supporting science in #Africa – with partnerships, we, too, can leapfrog and achieve the true potential of Africa’s youths. We have a lot to do, so let’s give our 100% to this cause pic.twitter.com/ObmxpmcZ8t

For Brother Peter, education is a tool to help give his students a brighter future. May his efforts to bring a better education to the youth of Africa bear fruit, bearing witness to the fact that the Church continues to play an important role in providing and promoting education throughout the world.

Read more:
From an African seminary to the NBA finals