Rare photos: How America’s first saint nearly went down with the R.M.S. Titanic

They would be disappointed of course. They wanted to see her one more time before she left for New York. They were also working to secure passage for her, Sister Antony, and Sister Mary aboard this grand new ship that was to depart from the port in Southampton, about a day’s ride to the south of the Convent in Honor Oak, which is near Charing Cross Station.

Perhaps it was Mother’s frail health, or perhaps it was the urgency with which she felt compelled to cut her trip to Europe short due to new challenges facing the expansion of Columbus Hospital, or perhaps, more probably, it was Divine intervention. Whatever it was, it prevented Mother Frances Xavier Cabrini from setting off on her journey to London to board the R.M.S. Titanic, and put her aboard the SS Berlin in Naples bound for New York instead. It spared her life. 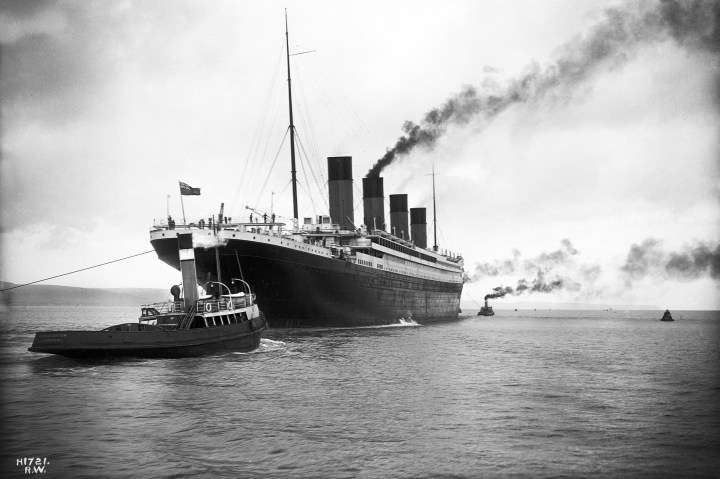 As a child, Maria Francesca Cabrini had a brush with death at age seven in a near drowning accident thought to have occurred at Lambro Meridionale, a canal that runs through her home town of Sant’Angelo Lodigiano. This traumatic event forever scarred her with a profound fear of the water. This, however, did not get in the way of her undertaking 23 trans-Atlantic voyages on her mission to establish schools, orphanages, and religious communities around the globe.

From an early age Cabrini longed to be a missionary, a longing only second to her desire to serve Christ. Her diminutive figure, frail health and the culture’s resistance to the idea of a female missionary all paled in comparison to her profound trust in God and radical zeal to serve others, two qualities that carried her through a lifetime’s worth of triumphs and tragedies.

In March of 1889, Mother and her Sister companions set out on their first voyage to New York aboard the SS La Bourgogne, a ship that would meet its end on the high seas a few short months later. On the 12-day voyage through two storms and heavy seas, the Sisters met their first charges — the Italian immigrants who were traveling in third class, otherwise known as “steerage.” The immigrants were berthed below deck and suffering greatly when Mother and her crew set about immediately to care for them, providing what comfort they could and leading them in prayer — a harbinger of things to come.

And a side note: When they first arrived in New York, they initially lived with the Sisters of Charity, the same sisters who would care for the survivors of the Titanic.

It was Pope Leo XIII who famously directed the young Cabrini, who wished to travel to China as a missionary, “Not to the East, but to the West …” This landed her in the slums of New York among her suffering countrymen.

Discrimination was rampant and the living conditions that they would be absorbed into atrocious.

Over the span of 28 years, Mother Frances Cabrini and her missionary Sisters established 67 institutions. Her mission to acculturate, educate and inspire Faith laid the foundation for a hope-filled future for the Italian immigrants who, like most immigrants, were greeted by hardship and rejection.

Mother and her Sisters became the loving arm of Christ wrapped around the shoulder of the immigrant restoring the Faith and dignity of these people who arrived to America seeking of a better life.