The statue was created by Canadian artist Timothy Schmalz, known for his "Homeless Jesus" sculptures.

At a special Mass on Sunday commemorating the 105th World Day of Migrants and Refugees, Pope Francis unveiled a sculpture honoring migrants throughout history.

The sculpture, “Angels Unaware,” by Canadian artist Timothy Schmalz, was set in St. Peter’s Square “so that all will be reminded of the evangelical challenge of hospitality,” the pope said. 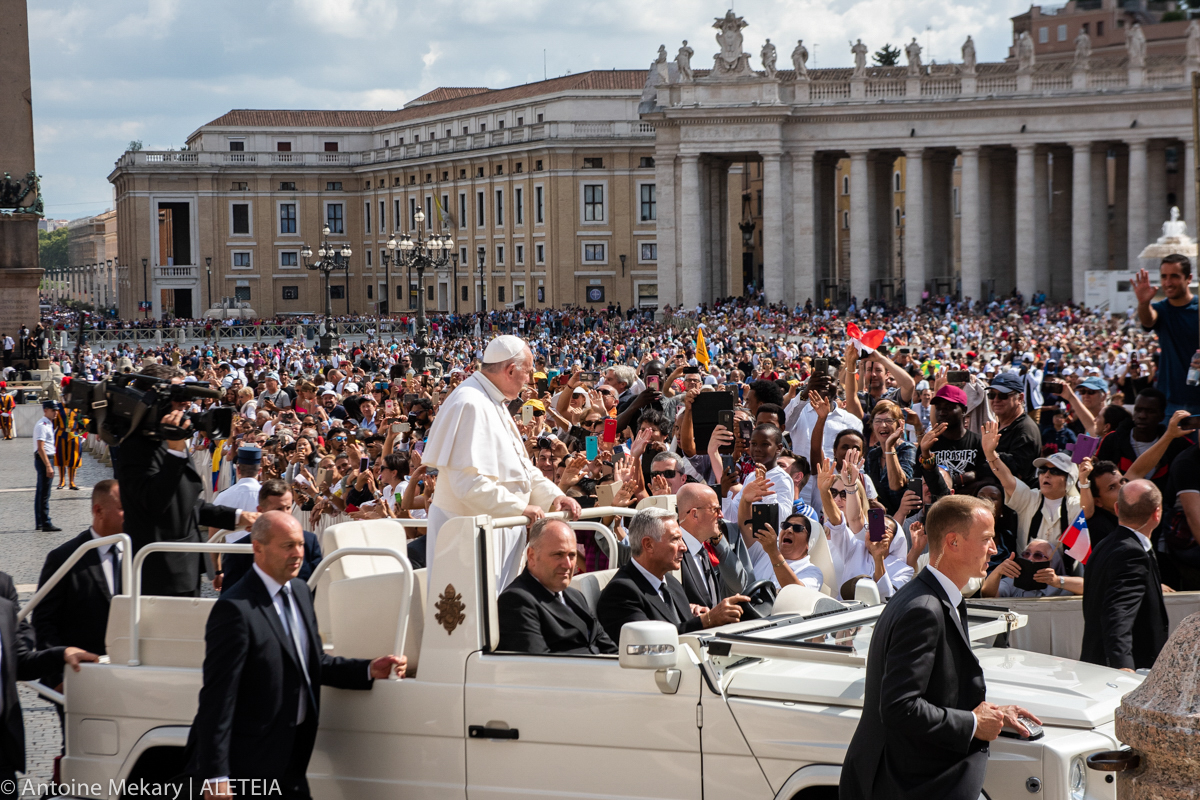 Schmalz is known for his lifelike bronze sculptures of “Homeless Jesus,” depicting Christ lying underneath a blanket on a park bench, which have been installed at churches all over the world. In 2016, the Vatican requested that Schmalz create a new sculpture dedicated to refugees and migrants.

According to Schmalz’s website, the inspiration for the work comes from Hebrew 13:2: ““Do not neglect to show hospitality to strangers, for thereby some have entertained angels unawares.”

The sculpture depicts 140 migrants and refugees throughout history, traveling together on a boat. In an interview with Crux, Schmalz explained that he chose to depict 140 people when he learned that there were 140 colonnades at St. Peter’s.

“Knowing that the first bronze cast of the piece would be placed in the square, I wanted to create that symmetry between the new and the old, and the idea of the saints and the precious sacredness of all human life,” he told Inés San Martin of Crux.

Among those represented are indigenous people, Jews fleeing Nazi German, Syrian refugees, Poles escaping Communism, and Syrians and Africans fleeing war, according to the Crux report.

Schmalz, who described himself as a “hard core Christian” to The Canadian Press, said that he created angels wings rising from the crowd in the boat to carry the message that every human is sacred.

“The idea is spiritually centered, with the angel wings in the center,” he said. “It brings the idea that we are sacred and we are all, in a sense, worthy of human dignity and respect,” he told The Canadian Press.

Schmalz said that while he and Pope Francis did not actually speak to one another at the unveiling, the pope let him know he appreciated his work.

“He looked at me and he put his hands on his heart, and that was more than an artist could possibly hope for,” Schmalz told The Canadian Press.

The 3.5-ton sculpture is expected to remain at St. Peter’s for about one week, according to Crux.