Christians in India are “living in fear,” says Catholic bishop 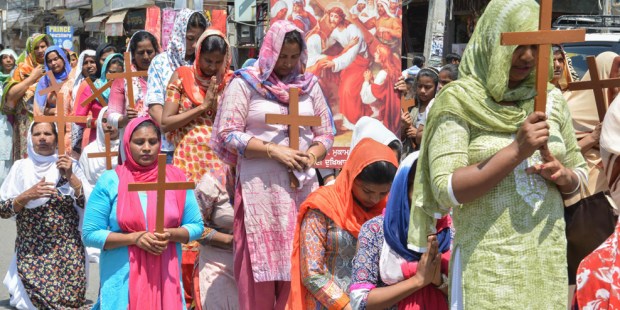 State-led violence and oppression are blamed for persecution suffered by Christians.

Christians across India are “living in fear” because of acts of state-led violence and oppression, says the bishop of a region still recovering from one of the country’s worst outbreaks of persecution.

Speaking to leading Catholic charity Aid to the Church in Need, Bishop Kishore Kumar Kujur of Rourkela described how the government in India is “causing problems” – with support from “right-wing” groups hostile to Christians and other minorities.

He said: “Christians are living mostly in fear at present – much more [so] in the north, where they are a minority.”

Underlining the severity of the threat, the bishop said his safety would be put at risk if he released key details about the oppression and persecution suffered by Christians and other minorities.

The bishop said: “Since 2002, there have been problems. There is a fear about how the government will react now the right wing has taken over. We have apprehensions it will not go well for the Christians.”

In 2018 there were 477 anti-Christian incidents in India, according to a US-based charity Persecution Relief, up from 440 in 2017.

Bishop Kujur said: “A lot of people don’t know what is happening to Christians in India. Christians are seen as foreigners and as not belonging to India. We are told to go back to where we came from.

“Christians are not in [Prime Minister] Modi’s good books. They are seen as converting the others to Christianity which the government does not want.”

Bishop Kujur stressed that “generally” Hindus had goodwill towards Christians and that the threat comes from “a minority which are radicalised who have taken over the government”.

But he added: “The majority [of people] keep quiet. They don’t stand up for us and protect our rights and maintain justice. They keep quiet and are afraid.”

Aid to the Church in Need has launched an appeal for India, amid reports of the killing of Christian converts, and sexual violence, including the gang rape of five women working for a Christian NGO in Jharkhand state.

In 2018, according to reports, 100 churches were forced to close following attacks and threats.

This article was published at Aid to the Church in Need UK. ACN supported 487 projects last year in India, including emergency help, construction of churches and the training of priests and religious.