How I’m dealing with my child’s recent autism diagnosis 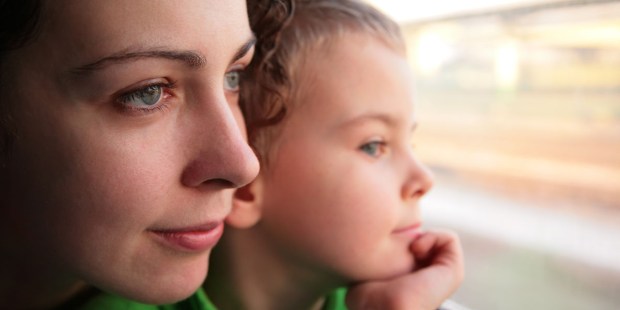 “As a parent, if you think something isn’t quite right with your child, follow your gut.”

Three years ago I discovered my then 8-year-old son had dyspraxia. What I’d put down to poor coordination due to his left-handedness — and to be honest, the fact that he was a boy — was actually a developmental coordination disorder. This was a complete nightmare, considering we live in France where children are taught to write in cursive from the age of six.

Before his diagnosis he was told by his teacher that he was “nul,” rubbish in French, and made to feel very different from his classmates. Every day it was a huge struggle to get him to school. He’d cry, he’d cling to me, and he had very few friends. As a mom my heart broke every day, knowing my child was going through absolute misery.

To make things worse, in 2015 we experienced the terror attacks in Paris. School became a place of stress where he was constantly reminded of potential dangers with endless intruder alarms. The school week was long, tiring, and stressful for the whole family. To top it off, he also had to contend with a fair amount of homework.

Things finally came to a head when an intruder alarm went off by mistake during recess. My son’s teacher was crawling on the floor in tears and my son ran into the cafeteria and hid in an oven. This was followed by persistent nightmares and a deep hatred of school.

Fortunately, this seemed to highlight my son’s difficulties and after two years of elementary school hell, at the age of 8, my son had a battery of tests. This led to weekly appointments with a psychologist and specialists in eye control and hand control. This was all sandwiched into a very long school day. We were exhausted.

We soldiered on and thankfully my son’s school was exceptionally understanding and quickly adapted his school work. He began to rely more on his impressive auditive skills and his written production became virtually non-existent. We all breathed a huge sigh of relief. I felt we were getting a grip on this disorder and just needed to change expectations and embrace my son’s other skills — he loves cooking and is more than happy to bake endless cakes.

Yet, there was still that nagging worry. There was something that wasn’t quite right, something I still can’t quite put my finger on, really. While his school work was better and he started to have friends, he was, and still is, a very anxious little boy. He is exceptionally loving and kind but very jumpy and overly dependent on me — part of me had put this down to the trauma of the terror attacks, as well as being the youngest of four whom perhaps I’d babied too much.

But recently his educational psychologist finally told me that my son, now 11, was on the autism spectrum. So many things then began to fall into place. His heightened anxiety and sensory awareness were all part and parcel of this condition. I actually felt a huge wave of relief as I felt all the blame I’d placed on myself slowly dissipate — because as a mother when your child doesn’t meet with societal expectations you do feel a level of responsibility. I had not been “overly protective,” I was using my maternal instincts to try and help my son navigate different situations in the best way we could.

While I’m not a fan of labels — I think that while they create some sort of understanding they also can put people in a box if used carelessly — they’re useful in being able to manage disorders such as autism if everybody’s on board. The issue is being able to get everybody to understand and adapt to your child’s needs.

This means having a supportive educational team with teachers who are informed, as well as having teachers and medical professionals who have a keen interest in seeing the disorder as something that can almost be harnessed. That a child with autism still has so much to offer if you can tap into what makes them feel comfortable, secure, and able to demonstrate what they’re capable of. The problem is that this takes time, investment, and a level of dedication that most educational bodies just do not have.

In fact, the CDC determined in 2018 that 1 in 59 children have an autism spectrum disorder: 1 in 37 boys, and 1 in 151 girls. That’s a lot of kids who need adaptions made to their education, and most probably some form of psychological support to get them through the rocky road of childhood — and often adulthood for those on the more severe end of the spectrum. The financial cost is also significant at around $60,000 a year, per child, according to the CDC. It’s a financial burden that can make it difficult to actually get the diagnosis and treat it.

However, if I were to give a message to any mom or dad who feels something isn’t quite right with their child, I’d say “follow your gut.” Don’t give up because you feel you’re being a nuisance or that what you’re asking for is too costly. Push for what you believe is right for your child. I know it’s not an easy journey, and many school districts are lacking in funds. Parents are often refused much-needed help and it can be a frustrating battle. But hang on if you can, and remember that you know your child best.

And just to give you that extra bit of encouragement, take a look at this wonderful TED Talk by the leading educationalist, Sir Ken Robinson, who provides a little insight as to how we need to be addressing education for kids with all ranges of abilities. It’s a reminder that each child is unique and has something unique to offer.

Read more:
I thought my son with autism would drive me crazy …

Read more:
3 Saints who may have had autism spectrum disorder