When attacked by demons, St. Faustina prayed to her Guardian Angel 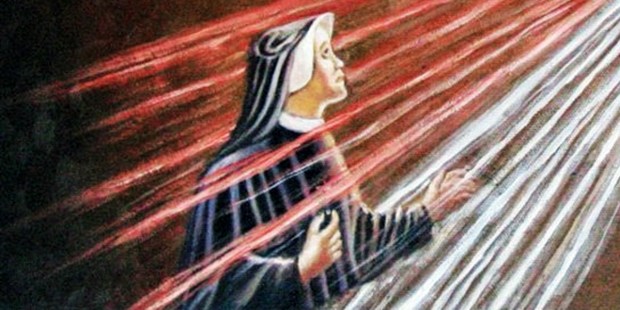 Satanic forces did not like that she was leading others to embrace the mercy of God.

Ever since the Garden of Eden, Satan has been hellbent in his actions to frustrate the divine plans of God. When he hears of someone doing good in the world, taking souls away from his grasp, it sends him into a fury.

Such was the case with St. Faustina, a Polish nun who lived in the early 20th century. She frequently received private revelations from Jesus, instructing her to spread a message of Divine Mercy into the world. This message focused on the boundless love and mercy of God, who is ready to accept even the most hardened sinners back into his fold.

Satan was not happy and he sent a host of demons to frighten her, hoping that she would give up the mission God had entrusted to her. She writes about it in her Diary.

When I had taken a few steps, a great multitude of demons blocked my way. They threatened me with terrible tortures, and voices could be heard: “She has snatched away everything we have worked for over so many years!” When I asked them, “Where have you come from in such great numbers?” the wicked forms answered, “Out of human hearts; stop tormenting us!”

St. Faustina didn’t back down, but instead prayed to her Guardian Angel.

Seeing their great hatred for me, I immediately asked my Guardian Angel for help, and at once the bright and radiant figure of my Guardian Angel appeared and said to me, “Do not fear, spouse of my Lord; without His permission these spirits will do you no harm.” Immediately the evil spirits vanished, and the faithful Guardian Angel accompanied me, in a visible manner, right to the very house. His look was modest and peaceful, and a flame of fire sparkled from his forehead.

This was not the last encounter with demons that St. Faustina had, and each time she would pray to her Guardian Angel, who would subsequently chase them away.

It is a Catholic belief that angels have been appointed to each individual to protect them from every spiritual attack and to guide them closer to Heaven. They always stand ready to come to our aid, but it is believed that we need to ask them for help. This is why the Church encourages developing a close relationship with your Guardian Angel, frequently turning to them in your time of need.

Learn from St. Faustina’s example and daily pray to your Guardian Angel, asking them to help you, especially in the midst of temptations or spiritual attacks.