Are the terrible twos really that bad? 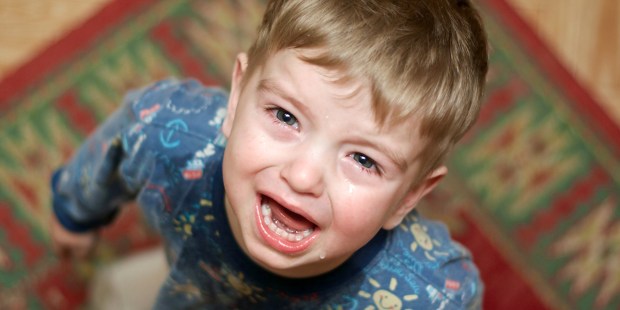 Don’t let the term scare you.

My child is currently going through the terrible twos — called “terrible” because, according to popular wisdom, it’s a phase marked by abrupt changes in behavior similar in some way to adolescence: two-year-olds tend to become rebellious, rude, and disobedient.

If we were living in the time of my grandmother, all of these attitudes would simply be described with one term: temper tantrum. This thought has guided the way I’ve decided to face my little boy’s most difficult moments. Yes, he has his fits of crying and willfulness, when everything has to happen according to his desires, but I wouldn’t go so far as to talk about him having the syndrome of the terrible twos.

My son isn’t the sweetest child in the world. On the contrary, when he sets his mind on something, he cries persistently until he gets his way — or thinks he does. No one likes crying, so if he can’t have what he wants, we always look for an alternative. If he cries because he wants to cut a piece of bread all by himself with a dangerously sharp knife, we negotiate until he’s happy with cutting with a knife without a pointy tip or serrated edge.

Our trick doesn’t always work, and sometimes, he goes back to crying. However, here in the house we always try to find a way to get him on a tangent, to distract him from his objective using other objects. We try never to give in. These are the rules, and I’m faithful to them, and my husband—who’s often a bit more flexible—knows as well as I do how important it is not to allow a child to take command of the situation.

Despite all the challenges of this phase, I recognize that I’m living a new period with my son, full of discoveries and enchantment. Every day I’m surprised with the evolution of his vocabulary, with how he manages to express what he likes and what he doesn’t like.

The way he pays attention during conversations, to the stories we tell him, and the way he participates with his comments gets me emotional, because it’s at those moments that I realize that I no longer have a baby in the house.

When we’re alone, he’s constantly coming up to me to show me something, and to ask me what it is and what it’s good for. His curiosity fills my heart with joy.

Although it can be very difficult to deal with his stubbornness when he resolves to open the car door by himself and put the key in the ignition when we’re late to bring him to daycare, even though I feel like my patience is being tested, I’m full of pride to see his quest for independence and autonomy.

The great secret to dealing with this phase is to keep calm, breathe deep, and foresee situations before they happen. As a mother of a two-year-old boy, I can offer the following specific advice:

Establish visual contact whenever you are going to talk with your son, especially at critical moments.

Crouch down and talk to him, looking him right in the eyes with a calm tone of voice, explaining the situation, asking him to cooperate, and at the same time, showing affection. Over time, he will understand that you use this approach when he especially needs to be obedient.

If you can, avoid as much as possible bringing your child to shopping malls, supermarkets, or toy stores.

If you don’t manage to keep your child under control, these places can become problematic: your child may decide to explore the store on his or her own, often running around or firmly deciding to bring a certain toy home whether or not you agree. If it’s not possible to leave your child at home, make your rounds with them in the cart or in your arms, and talk to them calmly and firmly so they can understand that you’re the one in control.

At this age, the children’s car seat can become a problem, because these kids often throw a tantrum and refuse to sit and be held in place by a seatbelt.

On these occasions, there’s not not much you can do besides being firm. Before each time you leave the house, talk about the place you’re going to visit, what you’re going to see, and whom you’re going to meet. In this way, your child will know what to expect, and it might be easier to deal with the situations that could present themselves. Another option is to give your child the choice to bring one favorite toy with them on the outing, which will also help to distract them.

Lastly, Never forget an important teaching from the prophet Isaiah.

“All your children will be taught by the Lord, and great will be their peace. ” (Isaiah 54:13)

Read more:
A survival guide for getting through the “terrible twos”