October 4 is the Feast of Saint Francis of Assisi, and Pope Francis is the first pope in history to carry his name.

These elements came together for an event with which Pope Francis celebrated his “papal nameday”: a tree-planting in the Vatican Gardens.

The tree was a holm oak from Assisi. The name of the tree is believed to come from the old Anglo-Saxon word for “holly” – “holy.”

The soil in which the tree was planted came from the Amazon, celebrating the wealth of the bioregion’s cultures and traditions; from India, representing the countries most vulnerable to the climate crisis, where droughts and floods leave millions devastated; soil representing refugees and migrants, forced to leave their homes because of war, poverty, and ecological devastation. There was earth from places of human trafficking, and from sustainable development projects around the world. And there was more soil from the Amazon, earth bathed in the blood of those who have died fighting against its destruction.

The synod for the Amazon begins in two days, and the pope consecrated it to St. Francis.

In addition to being from Assisi, the tree now stands in soil from Assisi, where the saint composed the first part of his “Canticle of the Creatures”. Written in the 13th century, it is believed to be one of the first works of literature in the Italian language. A musical version of this prayer-poem accompanied the tree planting ceremony in the Vatican Gardens. 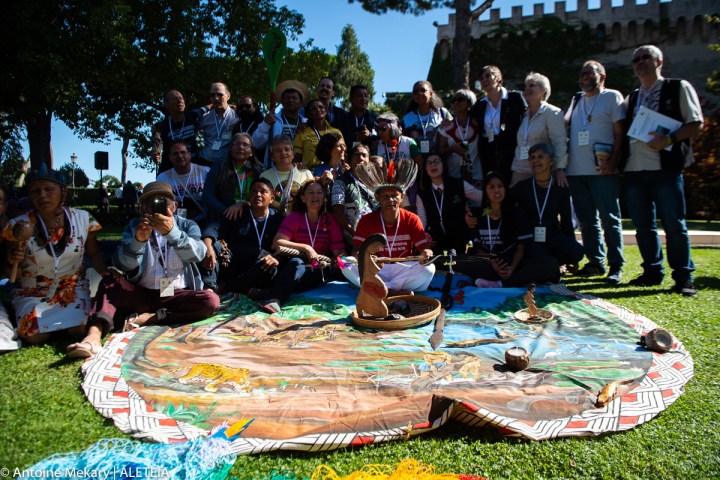