The unexpected way that St. Francis changed the world 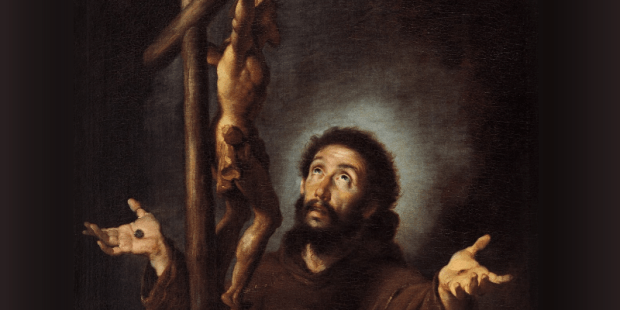 St. Francis wasn’t a priest, had no power or possessions, and yet he was able to save the world from falling apart.

Many of the most influential men and women in history possessed great political power and were leaders with intense determination. They were going to change the world whether anyone else liked it or not.

Based on this historical reality, St. Francis of Assisi shouldn’t have had any impact on the world.

While he was born into a rich merchant family, upon his conversion to a Gospel way of living, Francis renounced his family and became a poor man with no possessions. He had nothing and was destined to rot as a beggar on the side of the road.

Yet there was something different about Francis.

He was poor, but he was also joyful. He had no possessions, and yet he lived as if he had everything.

Quickly his radical way of life attracted other followers, who similarly gave away their possessions to become beggars. The initial band of 12 brothers went to Rome for approval from the pope, but then afterwards returned and primarily spent their days in the central Italian countryside, covering a radius of a dozen miles.

While St. Francis did go on the occasional excursion to Jerusalem or Morocco, he normally kept close to Assisi, often retiring to a hermitage to devote himself more exclusively to prayer.

What’s even more remarkable about St. Francis is that he was not even an ordained priest. He did eventually become a deacon, but initially St. Francis attracted others by being a committed lay person.

In many ways St. Francis’ life mirrors that of Jesus Christ. Both were rather insignificant men who wandered around small villages preaching to whomever would listen. They didn’t have any political power and did not lead any armies into battle. In the last years of his life, St. Francis didn’t travel at all and was primarily secluded from everyone else.

The unexpected way St. Francis changed the world was through his example.

His revolutionary way of thinking is so radically simple that anyone can do it! All you need to do is follow the Gospel, live simply, and show your joy to the world.

When others see the beauty of a life united to God, they are immediately attracted to it. St. Francis never expected his little band of brothers to be of any significance, and yet today they are one of the largest religious orders in the world!

A life lived authentically rooted in the Gospel has more power than any king or earthly ruler and will endure for all eternity.

Do you want to change the world? Don’t try to become powerful according to earthly standards. Start simply by beginning with yourself and slowly influencing those in your family and local community.

The Gospel is spread most effectively not by powerful organizations that reach to every corner of the globe, but by individuals passing it on to another person.