Want to know the Middle East? Try this walking tour

The Abraham Path Initiative takes visitors along the way a revered patriarch walked. 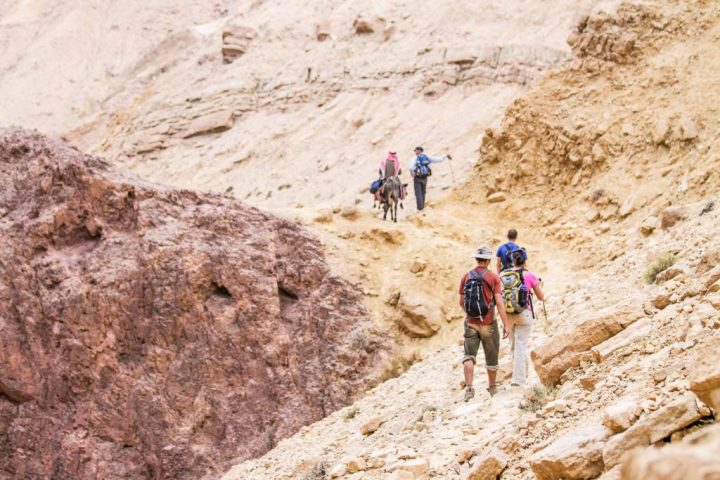 Perhaps no region of the world has a worse reputation than “the Middle East.” One wonders if there will ever be a peaceful resolution to the conflicts that exist there.

So when one hears about Syria or Iraq or certain other places in the Middle East, tourism is not the first thing that comes to mind. They are, for many people, places to be avoided rather than explored.

Not for William Ury. He’s the founder of the Abraham Path Initiative, a project that brings folks to this troubled region and to get to know it in what he feels is the best possible way: walking through it. The idea is to develop a series of walking trails that roughly traces the path taken 4,000 years ago by Abraham—from Ur to Hebron.

Since 2006, nearly 80,000 travelers have walked this network of trails and brought home stories of the people of this region, their families, traditions, art, architecture, languages, recipes, and agriculture. According to the Abraham Path Initiative, visitors foster friendships, boost economic development and enrich an understanding of the region and its peoples on what they say is a non-religious experience.

Why Abraham? This patriarch is of importance to the three great religions that originated in the Middle East—Judaism, Christianity, and Islam. Plus, he is seen as a model of hospitality, and hospitality is one characteristic of the people who live in this region. Those who have walked the path have been welcomed into homes and walk away with a new impression of the Middle East.