Scaring the devil away: A method from an early Father of the Desert 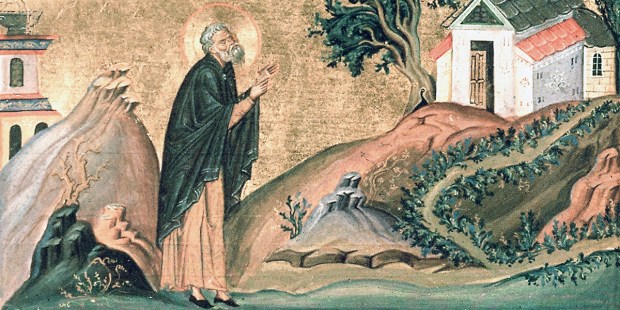 Abba Isidore was ready to sacrifice in order to protect his virtue.

Abba Isidore died in the year 436. He was a monk of Scetis (one of the heads of the four communities there) and early companion of Macarius. It is said that the demons feared him, which indicates that he was a man of great virtue.

He is known as a monk who carefully worked against the sin of anger.

A brother asked him, “Why are the demons so frightened of you?” The old man said to him, “Because I have practiced asceticism [since] the day I became a monk, and not allowed anger to reach my lips.”

We might ask what gave him the strength to control his anger. Another saying reveals that he was ready to sacrifice, even at great cost, to maintain his calm.

Abba Isidore said, “One day I went to the market place to sell some small goods; when I saw anger approaching me, I left the things and fled.”

In this, we can recall the similar experience of Padre Pio, inasmuch as he fought hard for a sweet temper. Read more here:

Read more:
Padre Pio encourages us when we keep losing our tempers