Why don’t Catholics have dietary restrictions? 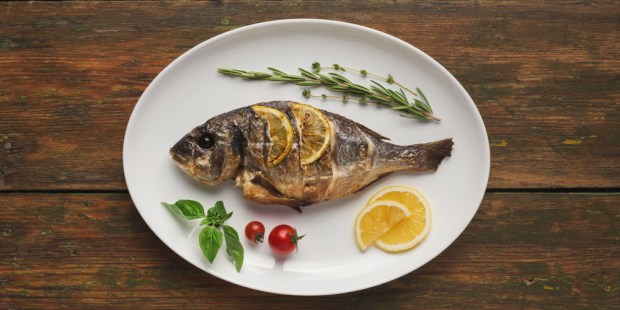 Both Jews and Muslims are forbidden certain foods, but Catholics can eat anything.

For many Jews and Muslims around the world, there are certain foods that they can not eat. Their dietary restrictions are ancient and for Jews these rules can be found in the Old Testament.

However, for Catholics and most Christians, there are no dietary restrictions (except such rules as no meat on Fridays during Lent). All foods are permissible to eat, and when a Catholic goes into a grocery store, he/she does not have to avoid certain foods because of religious beliefs.

The tradition of not having any general dietary restrictions dates back to the Acts of the Apostles, where St. Peter is shown a vision in which all foods are declared “clean.”

Peter went up on the housetop to pray, about the sixth hour. And he became hungry and desired something to eat; but while they were preparing it, he fell into a trance and saw the heaven opened, and something descending, like a great sheet, let down by four corners upon the earth. In it were all kinds of animals and reptiles and birds of the air. And there came a voice to him, “Rise, Peter; kill and eat.” But Peter said, “No, Lord; for I have never eaten anything that is common or unclean.” And the voice came to him again a second time, “What God has cleansed, you must not call common.” This happened three times, and the thing was taken up at once to heaven. (Acts 10:9-16)

This lifting of the ban on certain foods was meant to open the gates to any gentile converts. Instead of forcing gentiles to abstain from certain foods to become a Christian, they were allowed to eat all foods, thus making it much easier for gentiles to convert.

It was a divine command that came straight from God and was communicated to St. Peter, the first pope of the Catholic Church. Ever since then, Catholics have abided by that mandate, not worrying about unclean foods.

Lenten observances are a different matter. Meat is not considered “unclean,” but is abstained from for the sake of spiritual growth. Meat is not a bad food, but a good food, and for this reason Catholics abstain from it on certain days of the year.

Early Jewish Christians were very concerned about unclean food, but after that vision experienced by St. Peter, the ban was lifted.

Read more:
“No red meat Lent” too hard? Here’s how the medievals did it