Why you (and your kids) should breathe through your nose 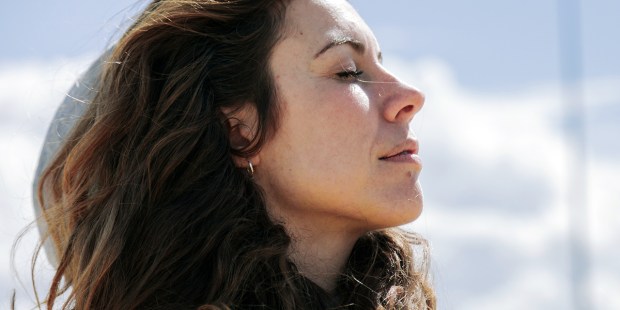 Turns out there’s a lot of science behind the wisdom of nose-breathing.

I’m sure you’ve heard the advice to “breathe in through your nose, out through your mouth” often over the years — I know I have. I also never took it seriously.

This might be due, in part, to the fact that I have asthma, so just breathing is difficult enough sometimes. I tend to categorically reject any advice that makes breathing more difficult … and breathing through my nose is unquestionably more difficult, particularly during exercise. But recently, one of my clients told me that her strength coach had seriously advised her to breathe through her nose at all times, especially during exercise. He said breathing through the mouth doesn’t allow your lungs to absorb oxygen properly.

I’d never heard that before, so I decided to check it out. And much like Alice through the looking glass, I found this this idle research turned my understanding of how to perform some of the most basic of human functions on its head.

As it turns out, breathing through the nose is not just preferable — it’s absolutely necessary for proper human development. Children in particular must be taught to breathe through their noses, because mouth-breathing leads to facial deformities that can adversely affect our children’s health and well-being for the rest of their lives.

Teaching kids to breathe through their noses can be tricky, and some might require interventions in order to even make it possible (this is one reason why adenotonsillectomies — the removal of adenoids and tonsils — have become increasingly common in children). But for kids who don’t have complications, the best way to teach nose-breathing is by modeling it.

But if nose-breathing isn’t something you’re used to, making the change can be irritating. It’s not exactly difficult, but it does take some adjustment. At first, it often feels like you’re not getting enough oxygen because your lungs aren’t filling with the same volume you’re used to. But if you stick it out, you’ll realize that you’re not actually short of breath. You’re just adjusting to a lower volume intake — which isn’t the same thing as less oxygen. This more measured intake of air is one reason breathing through our noses can help calm us down and lower our heart rate.

Nose-breathing increases your lungs’ ability to absorb oxygen because the nose produces nitric oxide. Nitric oxide relaxes vascular smooth muscle and allows your blood vessels to dilate, which improves your body’s ability to transport oxygen throughout the body. It’s also a potent antiviral, antifungal, and antibacterial agent; combined with the hairs inside your nose, nitric oxide acts as a built-in filter for the air around you. Your mouth has no such filter, making nose-breathing even more important during cold and flu season.

Your nose also warms the air up before it reaches your bronchial tubes and lungs, which is another form of protection. And yes, breathing through  your nose is harder, but it’s a good kind of harder: it forces your lungs to expand more smoothly and more fully, which keeps them elastic and improves their overall function. Basically, nose-breathing is like resistance training for your lungs — and we all know that you can’t get stronger without some form of resistance training!

You might be wondering how to make yourself (or your kids) transition to nose-breathing at night, when you’re not able to consciously regulate your breathing. I haven’t solved that entirely yet, but I have found that the more I’ve been consciously attempting to breathe through my nose during the day, the more often I wake up with a closed mouth and without the tell-tale dry mouth that accompanies a whole night of mouth breathing. Like any action, the more you ingrain it into your subconscious through repetition, the sooner it will become an automatic habit rather than a conscious action.

So take advantage of those natural filters on your face this fall and start breathing through your nose!

Read more:
7 Ways to grow closer to your family this fall