Why won’t Leonardo’s $450 million painting of Jesus be part of the Louvre’s exhibition? 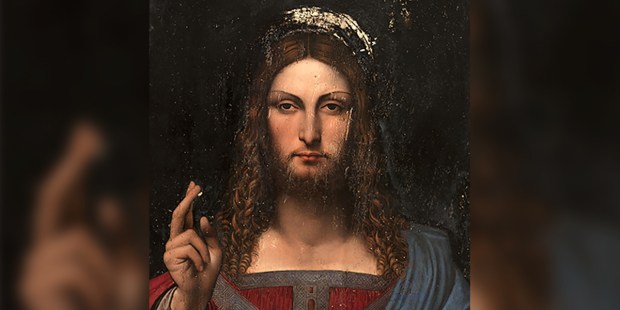 The Louvre wants to borrow the “Salvator Mundi,” but it’s not even clear where it is or who owns it.

As Paris’s Louvre Museum prepares for its upcoming Leonardo da Vinci expedition, which is set to open in less than two weeks, it still is not clear whether “Salvator Mundi,” will be among the paintings on view.

According to a report in The Guardian, rumors are circulating that the world’s most expensive painting, which sold at auction in 2017 for $450 million, is unlikely to be a part of the show, in spite of the Louvre’s efforts to borrow it for the occasion.

A spokeswoman for the Louvre told The Guardian: “I confirm the Louvre has asked for the loan of the ‘Salvator Mundi.’ We don’t have the answer yet and thus, don’t have any further comment.”

After the painting was sold to Prince Bader bin Abdullah bin Farhan Al Saud of Saudi Arabia in 2017, it was revealed that he was acting on behalf of Crown Prince Mohammed bin Salman. As John Burger explained in Aleteia, the painting apparently was purchased on behalf of the Louvre Abu Dhabi museum in the United Arab Emirates, but never exhibited.

Since its sale, the painting has been the subject of controversy. For years art historians had assumed that it had been destroyed, until 2005 when New York art dealer Robert Simon was approached with a painting that had been purchased at auction for £45 in 1958.

“It was quite clear. It had that kind of presence that Leonardos have. The ‘Mona Lisa’ has a presence,” said Oxford art historian Martin Kemp.

Nonetheless, a shadow of doubt continues to linger over “Salvator Mundi,” as a number of art experts believe that while Leonardo played a part in the execution of the painting, it was done mostly by his workshop assistants. Art critic Ben Lewis, author of The Last Leonardo, speculates that the painting has been kept under wraps to evade any further questions about its provenance.