You could own a historic Italian convent or monastery 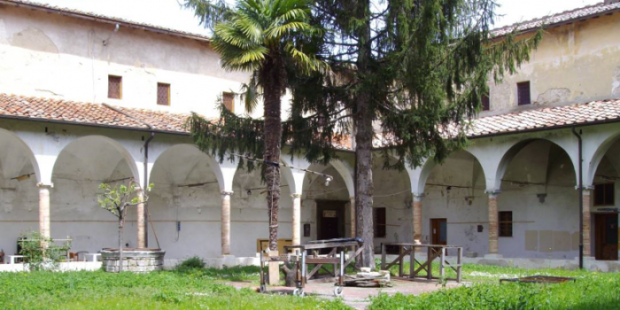 Italy prepares to auction off hundreds of properties, including some disused Catholic buildings.

Italy is a land closely connected to the spread and strengthening of the Catholic faith. For over a thousand years it has hosted the houses of religious orders, which would often need to move to larger accommodations as they flourished. Many of the properties they left behind would find their purposes altered; however, the structures have remained largely the same as they were when they were the sites of prayer and contemplation.

There are quite a few former convents and monasteries that stand as cultural monuments, but have fallen into vacancy and disrepair. Now, we all have a chance of owning one.

The Italian government has decided to auction off many state-owned properties. Along with some modern properties, medieval castles, and even palaces are several buildings that were once the homes of monks and nuns.

The Convent of San Salvador

Originally constructed in the 12th century, the Convent of St. Salvador was renovated to its current aesthetic in the 16th century. It was used as a barracks in the 19th century, but many of the frescoed halls and the monks’ cells remain largely unchanged.

The Convent of San Domenico

The Convent of San Domenico dates to the 14th century, and retained its function until it was suppressed in 1787. In the 19th century it was converted into a prison, which was functional until 1995. The monks’ cells have been converted to prison cells, but the structure remains largely unaltered from its religious days.

Built in 18th-century Capua, this building served the Carmelitane Scalze Nuns for nearly 200 years. It is part of a larger complex that forms the historic center of Capua and is situated near several attractions, including the Church of Saint Placida.

The Monastery and Church of Santa Caterina Martire

This building dates to the 15th century and the property contains two more recent structures built in the 1930s and 1960s. When it no longer functioned as a religious property it was used primarily as a school.

The Convent of San Vito

The Convent of San Vito holds a variety of structures from different eras. Once it was no longer a convent, it was converted into a prison. This property was easy to turn into a prison, because the monks cells are generally the same size as prison cells. Often all that had to be altered in these buildings was the change of a wooden doors to metal bars.

Click here to browse through the catalog of hundreds of incredible Italian properties that are up for sale in the next few years.