If profit is sought at any cost, both hunger and obesity will continue, warns Pope Francis 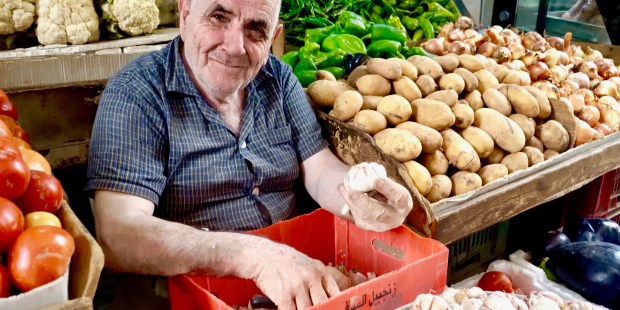 Backs FAO’s call for healthy diets, and says human person, not money, must be center of attention

Pope Francis warns that food has to be seen as more than just a “mere commercial product” or the battle against both starvation and obesity will not be won.

In an annual note to the director general of the Food and Agriculture Organisation (FAO) of the United Nations, to mark World Food Day, the pope noted that food is “ceasing to be a means of subsistence and turning into an avenue of personal destruction.”

So, he pointed out, while “820 million of the world’s people suffer from hunger” another “almost 700 million are overweight, victims of improper dietary habits.”

He lamented that these 700 million are not just among the rich, but also increasingly in poor countries, but that those who are overweight are often eating little, but poorly, with poor nutrition.

This reality calls for a conversion in our way of living and acting, and nutrition represents an important starting point.

Our lives depend on the fruits of creation (cf. Ps 65:10-14; 104:27-28); these cannot be reduced to mere objects to be recklessly handled and used. Nutritional disorders can only be combatted by the cultivation of lifestyles inspired by gratitude for the gifts we have received and the adoption of a spirit of temperance, moderation, abstinence, self-control and solidarity. These virtues, which have accompanied the history of humanity, summon us to a more simple and sober life, and unfailing concern for the needs of those around us.

The pope praised the FAO’s attention on rural families and family farming, noting that especially women and mothers, and families, enable us to “learn how to enjoy the fruits of the earth without abusing it.”

Referring to the theme of this year, “Our actions are our future: Healthy diets for a #ZeroHunger World,” he said he hoped this would “remind us that many continue to eat in an unhealthy way.”

It is a cruel, unjust and paradoxical reality that, today, there is food for everyone and yet not everyone has access to it, and that in some areas of the world food is wasted, discarded and consumed in excess, or destined for other purposes than nutrition.

Francis emphasized that the human person, not profit, has to be placed at the center of attention, so that food is given its due importance.

And, he stressed, “We must come to realize that what we are accumulating and wasting is the bread of the poor.”