Ostriches have a special place in African Christian monastic symbolism 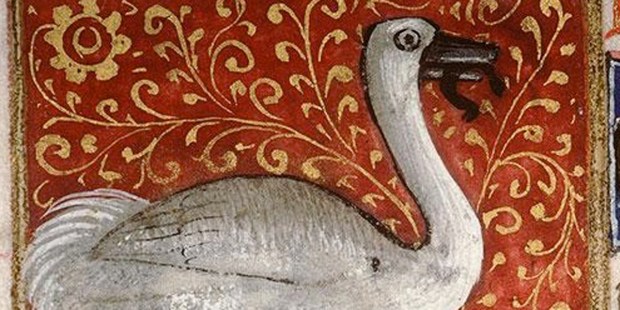 Coptic Egyptian monks saw the ostrich, considered a symbol of stupidity in various parts of the ancient world, in a radically different way.

In some parts of the ancient Mediterranean world, ostriches have not always had the best of reputations. For some, ostriches were a symbol of gluttony, as it was thought they were able to eat iron. For others, they were a symbol of stupidity, since it was believed the ostrich thought that by hiding his head in the bushes or in the sand he would make himself invisible to his pursuers. However, for Greeks, Mesopotamians, Arabians, and Romans, ostriches were looked at in a more positive light. In particular, ostrich eggs were considered to be the most perfect and beautiful of all eggs, and the strength and might (often considered to be of supernatural origin) of the biggest of birds was believed to be condensed in them.

Read more:
5 Birds and their symbolism in Christian art

“The ostrich’s wings flap wildly, though its pinions lack plumage. For it leaves its eggs to the earth, and lets them be warmed on the ground, forgetting that a foot may crush them, and that a wild animal may trample them. It deals cruelly with its young, as if they were not its own; though its labor should be in vain, yet it has no fear; because God has made it forget wisdom, and given it no share in understanding.”

It is not true that ostriches don’t hatch their own eggs. In fact, they have communal nests, and hatch in groups. While the author of the Book of Job sees this alleged abandonment of its eggs as a signal of the cruelty, irresponsibility, and lack of filial piety on the part of the ostrich, Coptic Christians have a completely different take on this. According to Louis Charbonneau-Lassay’s Bestiary of Christ, Coptic tradition sees in the heat of the sun that hatches the eggs of the ostrich a symbol of God’s grace bringing virtue to blossom in the heart of the faithful.

The ostrich itself is seen as symbolizing a crucial aspect of the monk’s own life. Thought to move always straight ahead and never turning back, it represents the Christian (but particularly the monk) going straight forward toward perfection, never looking back at the things he’s left behind.