Why do Catholics call God “Father”? 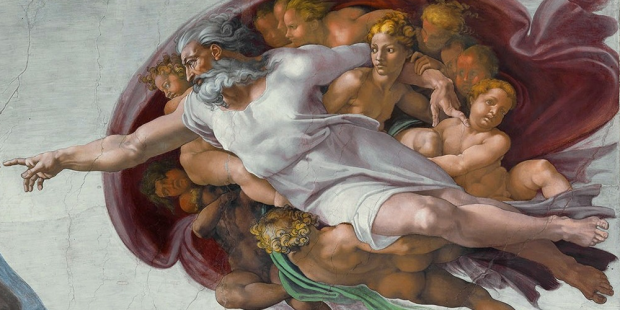 While God is called many other names, “Father” is one that stands the test of time.

As cultures change and the world progresses, Catholicism still clings to calling God, “Father.” Why is that?

God is invoked by many different names, but “Father” is one that the Catholic Church continues to use. It is not on account of any political or cultural statement, but one that corresponds to Divine Revelation. In other words, the Church did not choose this word, but was given it by God himself.

Here is what the Catechism of the Catholic Church has to say about this belief.

Many religions invoke God as “Father.” The deity is often considered the “father of gods and of men.” In Israel, God is called “Father” inasmuch as he is Creator of the world. Even more, God is Father because of the covenant and the gift of the law to Israel, “his first-born son.” God is also called the Father of the king of Israel. Most especially he is “the Father of the poor,” of the orphaned and the widowed, who are under his loving protection.

Jesus revealed that God is Father in an unheard-of sense: he is Father not only in being Creator; he is eternally Father in relation to his only Son, who is eternally Son only in relation to his Father: “No one knows the Son except the Father, and no one knows the Father except the Son and any one to whom the Son chooses to reveal him.” (CCC 238, 240)

This points out one of the reasons why Catholics call God “Father.” It is a word that signifies a familial relationship, showing to us that God is not an impersonal deity, but one who is deeply concerned about us and who is here to protect us. He is “family,” and that should comfort us.

One of the reasons many of us are uneasy about calling God by this name is because of our own experience. Many of us know first-hand the pain bad fathers can inflict upon their children. Our own father may have abused us or even abandoned us and so we naturally think if God is a father, he must be like that. If earthly fathers are meant to be reflections of God, then God must be an abusive father who abandons his children.

However, we need to remember that God is the origin of fatherhood and is perfection itself. He is the supreme example, and not the other way around. Whatever negative experiences we have had with fathers can never be applied to the fatherhood of God. The Catechism of the Catholic Church recognizes this reality and explains how God transcends both fatherhood and motherhood.

By calling God “Father,” the language of faith indicates two main things: that God is the first origin of everything and transcendent authority; and that he is at the same time goodness and loving care for all his children. God’s parental tenderness can also be expressed by the image of motherhood, which emphasizes God’s immanence, the intimacy between Creator and creature. The language of faith thus draws on the human experience of parents, who are in a way the first representatives of God for man. But this experience also tells us that human parents are fallible and can disfigure the face of fatherhood and motherhood. We ought therefore to recall that God transcends the human distinction between the sexes. He is neither man nor woman: he is God. He also transcends human fatherhood and motherhood, although he is their origin and standard: no one is father as God is Father. (CCC 239)

God is both “father” and “mother” in the most complete sense of the word. He is the perfect parent and we are called to imitate his gentle and protecting presence in our own lives.

Remember, God is not like Zeus, but is the Prodigal Father who stands there waiting for us to return to him. He revealed himself to us as a father for a reason, though we may not always understand it.

God knows us better than we know ourselves and he knew we needed to call him “Father,” showing to us the true face of fatherhood and healing whatever wounds may be in our past.