In praise of hipsters … and why they make great Catholics 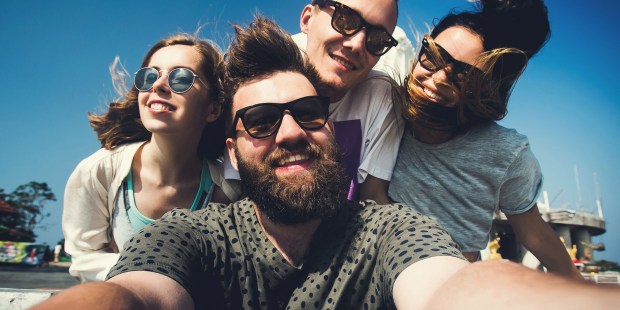 They get a bad rap and are often misunderstood, but here’s what’s so great about hipsterdom.

About 10 years ago, as my wife and I were in the process of converting to Catholicism, we moved to St. Louis, where I began studying for the priesthood. We decided to live in an urban neighborhood where we could walk to a coffee shop and ride our bikes to the local farmer’s market. We started raising chickens in our backyard. I began brewing and bottling my own beer at home. I got into vintage stereo equipment, bought a turntable, and started pretentiously telling anyone who would listen that, “the sound quality is so much better.” We spent many evenings playing indie-music songs on ukeleles and singing with the kids. After a while, I grew increasingly concerned and began to question our life choices. Had we accidentally become a family of hipsters?

If you don’t know what a hipster is, that’s probably because hipsters adamantly refuse to admit that they are, indeed, hipsters. It’s part of their culture to reject anything that seems to be an artificial label. For this reason, even though I have my suspicions, I’ll go to my grave denying I am one. Hipsters are often derided as being overly fussy and unrealistic. They’re viewed as being dismissive and overly ironic. I have to admit, however, that I really like them.

In my opinion, hipsters are people who try to make all of their choices meaningful, no matter how insignificant. They think deeply about their clothes, music, coffee, mode of transportation, books, and food. They’re willing to swim upstream against pop culture in order to make real, human connections. For instance, they prefer small, local neighborhoods and to shop at places with local products. Often they stand out because of this, and sure they can go overboard – I’m looking at you, man-bun hairstyle – but they’re just doing their thing, trying to be authentic in a world that often seems consumerist and contrived. The are often in full rebellion against what they consider to be a society that dehumanizes us.

At their worst, hipsters can be condescending about this and may laugh at and condescend to the rest of us. They may get tied up in unimportant minutiae. At their best, they are creative and thoughtful, deeply concerned with living a meaningful, fulfilled life.

Here is what I know about hipsters for sure: They care about the environment and human dignity, they seek contemplative experiences, they love to hang out with friends, they spend time working on spirituality, and in their search for authenticity they are willing to be counter-cultural. Think about that list for a minute – sound familiar? That’s right, Catholicism is the ultimate hipster endeavor.

Saints with awesome giant beards? Check. Super cool, feminist devotions involving the Blessed Virgin Mary? Check. Gorgeous, towering cathedrals that exist simply for the sake of adding a little beauty to the world? Check. Monks who roast coffee and homebrew ale? Check. A healthy respect for retro culture like Gregorian chant? Check. Best of all, we had a Holy Father of hipsters, the patron saint of all that is cool and authentic — Pope St. John Paul II.

John Paul II was so good at being a hipster that he was one before hipsterdom was even invented. He was known for wearing cool sunglasses, Converse shoes, and fedoras. He was supremely counter-cultural and had no problem standing up to tyrannical governments. As a priest in Poland, he would often gather groups of young adults to go on retreats in the wilderness with him where they would spend time bonding, playing music, praying, and hiking. He loved obscure saints, people so uniquely cool that no one else had ever heard of them yet.

What I love about John Paul II isn’t so much that he was a proto-hipster, but that he was so much more. He lived an authentic life in the modern world and, as such, he could never be categorized. He never followed the crowd and was courageous enough to be himself in any and all circumstances. If hipsters are people who are trying to find an authentic, beautiful way of existing, they should check out John Paul II, because he’s the best version of where such a quest might lead. He was always genuinely himself but never condescended and clearly took great joy in everyone he met. Through his actions and faith, he sought to live his very best possible life. Nothing could be more cool than that.

Read more:
This artist wants to teach us how to rediscover beauty using the methods of the past

Read more:
Why work must always be followed by rest, according to St. John Paul II