In a time when Catholicism was illegal, priests continued to celebrate Mass for the people in secret outdoor locations, using rocks as altars.

Scattered across the Irish countryside are enormous rocks that were used to celebrate Mass during the times of the Penal Laws, when it was illegal to be Catholic in public. 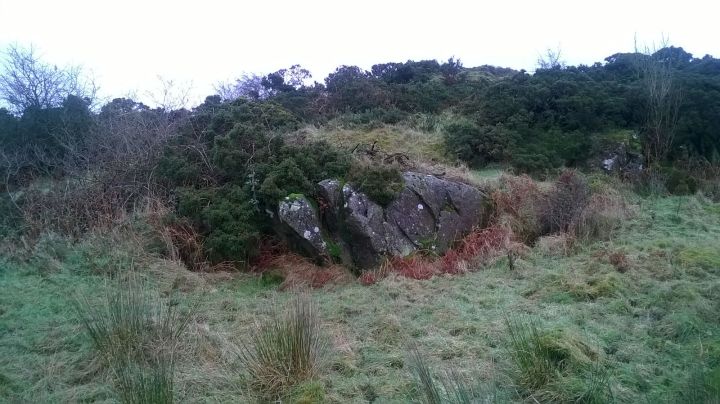 From 1695 to about 1750, life was difficult for Irish Catholics; churches were closed, bishops were banished and many priests were forced to leave the country. Even with this risk, priests continued to celebrate Mass for the people in secret isolated outdoor locations, using rocks as an altars. Clearly the Catholic Mass was an important part of Irish life.

Locations of Mass rocks were passed down orally, because including them on 17th- and 18th-century maps would have legitimized the Catholic faith.

The Mass rocks are an important part of Irish heritage, according to Dr. Bishop of the University of Liverpool, who has studied the rocks and set up a website about them.

So far, Dr. Bishop has studied Mass rocks in Cork, Mayo, Galway and the diocese of Clogher, publishing her findings on the website she set up, www.findamassrock.com. She asks for help in finding the rocks before they disappear from local memory.

She “would not be even able to begin to estimate” the final number of Mass rocks in Ireland.

“I can only base my opinions on the research that I have undertaken to date and I’ve only done Cork, Galway and Mayo,” she said.

Currently there are about 400 Mass rock recorded, many of which are inscribed with a cross. Dr. Bishop believes there are probably “many, many more.”

“I suppose there comes a point where certain generations are less interested in the sites and less interested in their religion and their heritage, partly because a lot of them are not physically recorded anywhere, so if somebody knows of one and doesn’t pass that information on, then the knowledge of that Mass rock is lost,” she told CatholicIreland.net.

“As locations of a distinctively Catholic faith, Mass rocks are important religious and historical monuments that provide a tangible and experiential link to Irish heritage and tradition,” says Dr. Bishop on her website.

“When some say that they find Mass no longer relevant, I think of the Mass rocks, and the love of the Mass that inspired priests and people to gather there in all weathers, and in spite of great danger.”

Some of these Mass rocks continue to be venerated to this day.